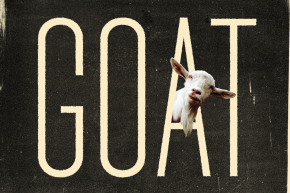 In Search Of Humanity’s Oldest Words
By Alasdair Wilkins

In Search Of Humanity’s Oldest Words

Linguists look at modern languages to find hints of the most ancient ones, but where's the limit?

Some of the oldest writing on the planet is currently hanging out in Chicago. Known as the Instructions of Shuruppak, this clay tablet was the work of a scribe in the ancient Middle East some 4,500 years ago. Now in the University of Chicago’s Oriental Institute Museum, this collection of proverbs represents some of the oldest direct proof of a language spoken thousands of years ago.

Yet even at the dawn of the written word, people looked to a still more ancient past. Shuruppak’s instructions begin by recalling “those far remote days” and “those far remote years” as the source of the wisdom it imparts. That’s appropriate: Spoken language is hundreds of thousands of years old, so written language only came along extremely late in the evolution of humanity.

“Language is a distinctly human capacity,” Jay Jasanoff, a linguistics professor at Harvard University, told Vocativ. “It’s hard to imagine there was ever a stage where there were homo sapiens without language.”

That is, the vast history of human language —a fundamental part of what makes us human — remains an utter mystery. Unlike other ancient human innovations such as stone tools, fire, or cave art, language leaves no trace as a physical artifact.

In the absence of 100,000-year-old writing, historical linguists like Jasanoff have to look for clues hidden in more modern languages to reconstruct this shrouded history. Drawing on connections between related language families to reconstruct their otherwise lost ancestors, they can reach back to ancient languages that faded out long ago. Such work doesn’t just dredge up lost vocabulary but can also reveals the culture of ancient societies and how they interacted with one another. It’s the linguistic equivalent of archaeology, unlocking parts of the human story not revealed in excavations.

But how far back can these reconstructions go? Historical linguistics is a powerful tool, but it can’t peer back 100,000 years to humanity’s primordial speech. There, experts can only speculate. Jasanoff suggests the transition from basic animal communication to complex human languages was likely a subtle one. Take the word for “water.”

“How did it start out, having a word for water?” said Jasanoff. “It’s not a bad guess that some animal noise got associated at some time with a particular range of phenomenological things like water.”

More How Technology Can Save Rapidly Dying Languages

The journey of language reconstruction starts in the more recent past. As early as the 1500s, travelers noticed striking similarities between the languages of Europe and those of India. It took centuries for scholars to pay attention to this, but the 19th century brought the recognition of a massive family of related languages known as Indo-European, one that stretched from India to Iceland. By tracing back the consistent ways in which sounds gradually change over time, they slowly envisioned “a common ancestor,” or a proto-language.

The word “night,” for instance, looks similar to “nacht” in the closely related German and Dutch, but it also resembles “nox” in Latin, “núks” in Ancient Greek, “nak” in Hindi, and more. All point to an ancient word for “night” that started with an “n” and ends with some sort of “k” or “ts” sound.

Linguists estimate that the Proto-Indo-European language was spoken around 5,500 years ago. But they have dated another ancient language, Proto-Afroasiatic — the grandparent of languages like Ancient Egyptian, Hebrew, and Arabic — to 10,000 to 20,000 years old.

Christopher Ehret, a historian and linguist at the University of California at Los Angeles and one of the world’s leading authorities on Proto-Afroasiatic, believes a key to understanding an ancient society’s culture is the words we can reconstruct. For example, a roughly 8,000-year-old child of Proto-Afroasiatic reveals in its vocabulary how expert these people were in handling animals.

It’s similarly possible to learn about ancient activities encoded in the even older parent Proto-Afroasiatic language, Ehret said. These societies must have already been farming grains, because they likely had a word for making flat breads, and had some regular interaction with animals — something like “yah” or “yay” was the word for goat, for instance.

More This Earpiece Lets You Understand Every Language

Researchers have attempted to reconstruct thousands of words from both Proto-Afroasiatic and Proto-Indo-European, coming up with a vocabulary that encompasses the fundamental and culturally important concepts that survived thousands of years later. In both cases, that’s enough that someone from 2017 could theoretically communicate with a speaker of these languages, albeit with a heavy accent and a limited vocabulary.

Linguists sometimes talk about a common parent for all languages, known as Proto-World or Proto-Human. Knowledge of this tongue would take us back into the heart of language’s origins, but it’s a deeply controversial subject in linguistics. Most mainstream researchers think that there’s such a lack of evidence of its existence that it’s not worth serious consideration. As Jasanoff notes, 50,000 years ago is stretching the limit of how far back reconstruction research methods work.

Ehret holds the minority view, however: Proto-Human did exist, and learning more about it is a real possibility. “I liken it to astronomers in the 17th century deciding, well, we’ll never have better telescopes than those used by Galileo, so we might as well quit,” said Ehret. “I don’t see there is any upper limit of how far back in time we can do reconstruction.”

Just as archaeologists have recently made new discoveries that have pushed back the date of the earliest Native American settlements of North America, Ehret believes so too can linguists.

But the big difference is that new archaeological sites offer new physical evidence for experts to pore over. Languages that predate writing can’t provide that, so linguists are left to mine new insights from the existing material. When families like Afroasiatic comprise nearly 200 languages, Ehret is optimistic that more and more previously unnoticed connections are waiting to be discovered, though there are many challenges.

More Was Yiddish A Secret Language Invented On The Silk Road?

For instance, the word “two” is nearly identical in two distant proto-languages, theoretically evidence of a common Proto-Human language. But this is just one short, isolated word, and it’s overwhelmingly accepted as just a coincidence. On the other hand, some actual, tangible connections between words would be missed by anyone who didn’t know exactly where to look — especially as countless sound changes have rendered them unrecognizable.

Ultimately, both linguists stressed the importance of skepticism. For Ehret, it’s skepticism in service of the careful, cautious exploration of proto-language more ancient than generally considered feasible. For Jasanoff, it’s a more basic skepticism as to whether such data could reveal anything meaningful. Either way, this method of reconstruction has unlocked words otherwise lost in the mists of time, a reminder that people we might be tempted to dismiss as prehistoric had just as much capacity for complex thought and communication as we do today.

Consider Ehret’s survey of some of his reconstructed Proto-Afroasiatic words: “To walk, to run, to play, to be sad, to be angry, to deny, to fight,” he said. “Think of every kind of meaning. The whole range of human meanings are in those reconstructions.”