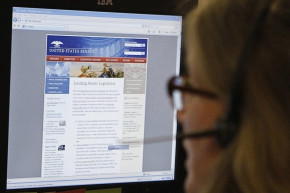 The vast majority of the U.S. government’s most popular websites do not meet basic standards for security, speed, mobile friendliness, or accessibility, according to a new report by the Information Technology and Innovation Foundation (ITIF).

The foundation reviewed 297 of the most visited federal websites, analyzed their overall performance and assigned a numeric score. The report demonstrates that 92 percent of the sites aren’t up to snuff, while many federal sites did not meet government-mandated standards for operation — and also fell way short of web development industry standards. Further, while 78 percent of websites passed a speed test for desktop loading, only 36 percent of the websites reviewed passed the same test on mobile devices.

“Despite years of progress in digital government, a striking number of federal websites do not even meet many of the U.S. government’s own requirements, let alone private-sector best practices,” Alan McQuinn, ITIF research analyst and the report’s lead author, said in a statement. “Considering that many constituents rely on federal websites to interact with government, it is incumbent upon the new administration, supported by Congress, to make websites more convenient, accessible, and secure.”

According to the study, the five best-performing government websites are, in descending order, healthdata.gov — which makes “high value health data more accessible to entrepreneurs, researchers, and policy makers” — healthfinder.gov, consumerfinance.gov, the Trump administration’s version of whitehouse.gov, and usembassy.gov. (The Obama administration’s whitehouse.gov, meanwhile, was ranked at 55.)

The worst performing website is ipcc-wg2.gov, the site for the Intergovernmental Panel on Climate Change-Working Group II. When Vocativ tried to access the page, it wouldn’t load.

Additionally, 33 percent of the websites analyzed failed the Secure Sockets Layer (SSL) certificate test, “which underpin most Hypertext Transfer Protocol Secure (HTTPS) connections — a common standard for encrypted Internet communications that all executive-branch websites are required to use,” according to the report. A full 14 percent of the sites had no SSL certificates and therefore no HTTPS, while 19 percent had SSL but didn’t pass the test because of below-par implementation.

What’s more, 42 percent of the websites failed an accessibility test for users with disabilities, including the website for the Internal Revenue Service (IRS). The authors of the report suggest that federal agencies should create page-load speed requirements for their websites, and call on the Office of Management and Budget to get rid of websites that are unnecessary or duplicated elsewhere.

“Federal websites still have a long way to go to comply with the requirements that past administrations have set for them and to match the performance of best-in-class, private-sector websites,” said McQuinn. “These efforts will only come to fruition when federal CIOs identify problems with their domains and create plans to address them, tracking improvement in a transparent and accountable way. Only by taking stock of the gaps in federal website compliance can the White House push federal agencies to make their websites great again.”