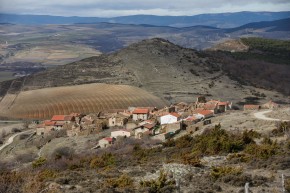 Google’s Default Image Of Castilians Is From A Racist Website

Google's algorithm seems to think the best representative of the Castilian people is from post about "subraces" on Stormfront.

Google’s algorithm, which determines the representative photos that appear in a search’s sidebar “knowledge panel,” has picked up an innocuous image from a decidedly controversial source: a white supremacist website.

As a Fark commenter noted on Tuesday, when you search for “Castilians” on Google, the image associated with the Spanish ethnicity — four women who are presumably Castilian — is hosted on Stormfront.org, a white supremacist discussion forum founded by a former Klan leader that is one of the most popular sites for that particular intended audience (though the Southern Poverty Law Center notes that it recently has seen a “decline in site visitors”).

If you hover over the image, its source pops up.

Click on the photo, and it takes you to a landing page.

That links out to this Stormfront thread (warning: yes, this link will send you to a white supremacist website) started by “white12” asking about “subraces in Spain.” It includes several photos of apparently Spanish women as proof that they all look different from each other. Google’s image meant to represent Castilians was taken from one of those photos (under the “Andalusians” section, which means the women in that photo may not be Castilian after all). It’s not clear if the Stormfront thread even is the original source of the image; a reverse image search didn’t find any earlier appearances of it.

In the 2013 thread, White12 wonders if Spain is “the new Yugoslavia” and states their belief that Spain is a “failed state to burst [sic] into 100 pieces.” The 10 respondents to the post, however, seemed to disagree — though a few wondered if certain Spanish ethnicities were using benefits disproportionately. The thread got little attention on Stormfront, and represents White12’s only contribution to site. Yet somehow, Google’s algorithm thought it was the best possible image to use to represent Castilians.

Algorithm mistakes like this are understandable when a controversial and much-circulated photo of a New Hampshire state representative attached to a certain town ends up becoming that town’s knowledge panel image. It’s unclear how a little-seen thread from a racist website would get picked up this way, nor why Google, which did not respond to request for comment, wouldn’t take measures to prevent this from happening in the first place. For example: not using photos sourced from well-known racist websites.

In addition to the New Hampshire photo, Google’s algorithm has recently been criticized for “answering” questions incorrectly with links to fake news sources that say, among other things, that various presidents were Klan members and that President Obama is both the king of the United States and also planning a coup, and for attributing a claim that it only takes five minutes to caramelize onions to an article solely designed to debunk this cooking fiction.