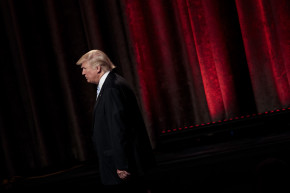 Whether he meant to or not, the accusations against Obama got people talking about something other than his Russia scandal

Is he serious or is this just a diversion? That’s a question often asked in response to remarks by president Donald Trump, and his Saturday morning tweet storm, in which he accused former president Barack Obama of wiretapping phones in Trump Tower during the 2016 campaign, was no different.

One camp believes that much of Trump’s world view is ripped straight from conservative media headlines, and after tracing the accusation back to a rant by conservative crank Mark Levin, they conclude that Trump is genuine in his belief of the story, despite there being no evidence to support it.

Another camp believes Trump’s Twitter account is willfully used to distract and confuse the public and the media. Given that the accusation of wiretapping came two days after Attorney General Jeff Sessions recused himself from any investigations into the Trump campaigns ties with Russia, these folks believe Trump knows he’s lying and is hurling accusations at the former president just to change the subject from his own brewing scandal.

Without being in Trump’s inner circle, it’s impossible to know which side is right. But it’s undeniable that when Trump tweets, it prompts reporters to investigate the claim, no matter how dubious, when they could be investigating something else. Furthermore, it changed the subject among people on Twitter, whether that his motive or not.

Russia was the most talked about Trump storyline heading into the weekend. After Trump’s tweet storm, talk about Russia started to drop, chatter about wiretapping spiked, and mentions of Obama more than tripled.