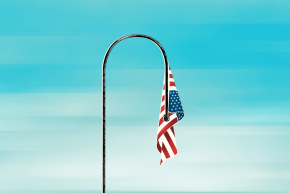 Later marriages may explain why we're not getting laid

Invoke whatever lazy stereotype you like about today’s sex-crazed young people, but here’s the thing: There’s a whole bunch of unsexy data saying people are having less sex now than anytime in the last 25 years. A new study finds that people are having sex about nine fewer times per year than they were a decade ago.

This might be a surprising trend, given attitudes toward sex didn’t get noticeably more conservative between 2010 and 2014, the most recent five-year period the San Diego State University researchers looked at for their study. But as the paper argues, this isn’t really about shifting sexual mores. Instead, the finding points to more fundamental changes in how American society is structured, and how that affects people’s sex lives.

Here’s the researchers’ basic proposition: All other things being equal, married people have sex more often than unmarried people. After all, a person is likelier to have sex on a regular basis when he or she has a partner. Sure, unmarried people in relationships and those who prefer more casual hook-ups can still have plenty of sex, but the unmarried group includes plenty of single people for whom sex is a relative rarity.

The key point is that people are, on average, getting married later these days. It used to be more common for people from across the economic spectrum to get married in their 20s, the age when people (statistically) have the most sex. But now more Americans, particularly more educated or affluent ones, don’t get married until they are 30 or older. That can also mean there’s less of a gap between getting married and having kids, which the study shows also tends to decrease how often people sex.

While the study can’t show all that directly, there’s plenty of indirect evidence of these ideas. Between 1989 and 1994, married people used to have sex about 10 more times per year than unmarried, but now unmarried people are having slightly more sex. Again, that’s most likely explained by the fact that young adults are overrepresented in the unmarried category.

The amount of sex people have has decreased over the past 25 years for 18- to 39-year-olds — likely the result of more unmarried young people and less sex once people eventually do get married — but not those between 40 and 49, when those effects would be less felt. And there’s been a far, far bigger drop in the amount of sex people have if they have at least two years of college education, which correlates with those who tend to get married later in life.

If anything, all this could be underestimating the decrease in America’s collective libido. The study relies on self-reported data, and no one likes admitting they don’t have lots of sex (it might also help explain why men reported more sex). That also means people had to define for themselves what sex is, yet they still say they are having significantly less sex.