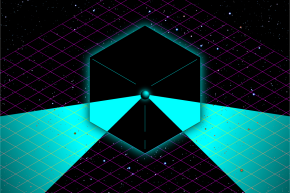 The coldest place in the known universe isn’t in some far distant corner of the cosmos, light-years from the nearest star. The coldest known spot is actually in Aalto, Finland, where scientists at the Low Temperature Laboratory have cooled atoms to within a trillionth of absolute zero, the lowest possible temperature. That’s quite a bit colder than anywhere in the relatively mild expanse of outer space, which averages about 2.73 degrees above absolute zero. Or at least it will be until this summer, when NASA scientists plan to create ultra-cold conditions in the zero gravity of space for the first time ever.

As NASA’s Jet Propulsion Laboratory announced Monday, a crate-sized instrument called the Cold Atom Laboratory will soon fly to the International Space Station. Scientists won’t be creating temperatures a billionth of a degree above absolute zero just for kicks, though. The experiments will allow matter to enter exotic states where the laws of physics we’re familiar with in the everyday world are superseded by those of the sub-atomic quantum world. Atoms stop behaving like particles and acting like waves — as NASA puts it, “rows of atoms move in concert with one another as if they were riding a moving fabric.”

The reason atoms behave like this when close to absolute zero has to do with the definition of temperature. We tend to think of temperature in terms of sensations like warmth and cold, but in physics, temperature is all about the motion of particles. The more quickly particles move, the hotter the temperature, and vice versa. When particles come to a complete standstill and stop entirely, absolute zero occurs — or would occur, as it’s not actually possible to reach it. But the temperatures the Cold Atom Laboratory can create will be cold enough for atoms to very nearly stop, allowing the formation of a special kind of matter known as a Bose-Einstein condensate.

On Earth, the presence of gravity means scientists can only synthesize this strange form of matter for fractions of a second before it breaks apart, but the weightlessness of space should allow it to last for five to ten seconds. That may not sound like much, but it’s an eternity for NASA scientists, who hope closer study of these condensates will allow us not only to understand their physical properties but also to ask deeper questions about the universe. NASA notes that these experiments could help build better atomic clocks and quantum computers and help us better understand the enigmatic substance known as dark energy.

If the ongoing slate of final tests go well, the Cold Atom Laboratory will travel to the International Space Station sometime this summer.