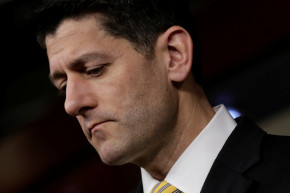 After years of angry opposition to President Barack Obama’s signature health care law, Republicans have finally unveiled their first draft of a plan to replace it. Predictably, the effort is already prompting waves of criticism from Democrats — and, perhaps more surprisingly, from some of Donald Trump’s most ardent fans.

The proposed legislation, introduced in the House on March 6, would do away with key parts of the Affordable Care Act, including the individual mandate that requires people to buy coverage, replacing it with a system of tax credits. It also removes the requirement that employers of a certain size give coverage to full-time workers and dismantles the expansion of Medicaid, which has given insurance to millions of lower-income people across dozens of states.

Some popular aspects of President Obama’s signature law would remain in place, like the requirement to cover those with pre-existing conditions, and coverage of dependents until the age of 26.

The new bill exposes fault lines in Donald Trump’s coalition: traditional small-budget Conservatives have long hated Obamacare and fought for a more market-based approach, like this GOP plan. But, Trump, running on a populist message, has also vowed not to reduce benefits for the working class population that voted him in, promising “insurance for everybody” in January.

In communities of Donald Trump fans on Reddit and Twitter, many saw the proposal as a betrayal of what Trump had committed to. Posters deemed the legislation “Obamacare lite” (echoing Senator Rand Paul) and “swamp legislation,” a riff on Trump’s promise to ‘drain the swamp’ of Washington D.C.

House Speaker Paul Ryan and one of the plan’s main backers, was a focal point of the criticism, as a representative of much-derided D.C. establishment. One user wrote, “There are very few benefits to the free market. No reduction in burdens to physicians. No tort reform. No free market insurance plan crossing state lines… Clearly the swamp is still writing legislation.”

Several called on Trump to veto the bill — if and when he gets a chance to. (The plan is still in early stages and will likely have to undergo multiple revisions and a series of protracted battles to make it through both houses of Congress before Trump would have the possibility to do so.)

Comment from discussion President Trump if you are reading this, we don't want Obamacare Lite. We want a full repeal and replace. Congress can start by lowering the cost of drugs and treatment..

Trump supporters on Twitter were just as vocal, tagging the president and begging him to oppose the replacement legislation.

President Trump appeared hesitant to offer his full support for the bill, releasing a brief statement only saying that the bill was “an important step towards restoring healthcare choices,” and that the president “looks forward to working with both Chambers of Congress to repeal and replace Obamacare.” He later offered stronger support, tweeting that the healthcare bill was “wonderful.”

Our wonderful new Healthcare Bill is now out for review and negotiation. ObamaCare is a complete and total disaster – is imploding fast!