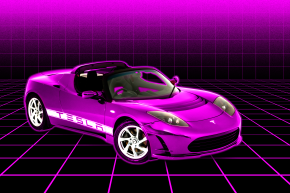 38 states now offer rebates and tax incentives to drive down the cost, but a few still don't

Thinking about buying an electric car? How much you end up paying depends partially on what state you live in.

States like New York, which recently announced an up to $2,000 rebate, offer incentives that drive down the cost of plug-in and hybrid vehicles, but there are still 12 states that offer little to nothing.

For New York, it took the state awhile to implement its rebate, but along with 37 other states, it already offered incentives to make owning an electric car more worth it, according to the National Conference of State Legislatures.

Some of these incentives include exemptions on vehicle inspections, emissions tests and high-occupancy lanes — so you can use them even when it’s just you in the car. Owners of electric vehicles can also get utility rate reductions, park in front of meters without paying and receive different financial incentives depending on the state they live in. States that offer relatively high rebates or tax credits include Colorado (up to $6,000 tax credit), Connecticut ($3,000 rebate) and California ($2,500 rebate).

However, there are still 12 states that don’t offer much reason to make the typical car owner ditch gasoline. Some of these states have exemptions on vehicle registration and emissions tests, but saving money on those fees is still not much compared to other states that offer tax credits and rebates. Drivers in these states might also be able to get discounts and lower premiums through their insurance, but that just depends on what coverage they have and with what company — not all offer deals on being green.

At the federal level, electric vehicle owners might be eligible for a federal tax credit and can check their status by visiting the Tax Incentive Information Center at fueleconomy.gov.

The U.S. Department of Energy estimates the U.S. average of a regular gallon of gasoline costs $2.31, which is a bit more than double what the equivalent “eGallon costs.” The current U.S. average of an eGallon, the cost of fueling a vehicle with electricity, is $1.11. Unlike oil prices, electric prices are also more stable and predictable with the changing economy.

While electric prices are cheap now, they will be going up down the line and some states have already started addressing those concerns with legislation that places fees on certain plug-in and hybrid electric cars. In 2015, Georgia, Idaho, Michigan and Wyoming started requiring fees, since they saw the growth of electric vehicles. Colorado (the state with the most incentives), Nebraska, North Carolina, Virginia and Washington also implemented fees.

Car owners can visit the NCSL website and search through their Energy and Environmental Legislation database to see the status of incentives or fees in their state.