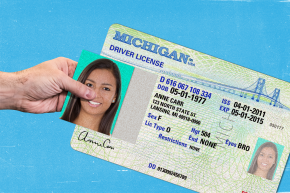 Michigan And Florida Are The Top Hubs Of Identity Theft

Identity theft is still on the rise in the U.S., and for some reason, Michigan is its new hub.

That’s according to data published Friday by the Federal Trade Commission in its annual summary of consumer complaints. It found that Michigan and Florida had the highest number of identity theft complaints, and that several metro areas in those states — Ann Arbor, Detroit, Niles-Benton, and Lansing in Michigan; Miami, Naples, Tallahassee, and Orlando in Florida — were in the top 10 of complaints, as well.

It’s not entirely clear why those two states lead the pack, though they did in 2015, too. Though Florida has reputation as a retirement spot, for instance, 61 percent of victims were under 50.

“There are lot of factors going on within the state and within the regions that were heavily affected that have to do with things other than just the victims themselves,” said Eva Velasquez, president of the Identity Theft Resource Center, a nonprofit that tracks identity theft and offers victims aid.

“There have been states in the top 10 here and there, and you just go, ‘why did they get hit with this?’ It’s probably a much more complicated problem and nuanced issue than we would like to believe.”

Numerous factors, including job loss and drug addiction rates, correlate with rising identity theft, Velasquez said. “It’s just the nature of where the thieves decided to go this year,” she said.