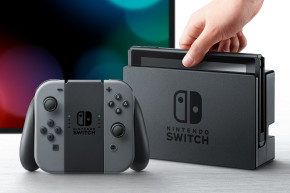 Nintendo’s Switch Already Has Problems A Day Into Launch

Nintendo fans have been desperately waiting for the day the Switch gaming console finally arrived at their door, and while they expected to play “Zelda: Breath of The Wild” for hours, they did not expect to have an array of technical difficulties upon installing the software.

A day into launch, some gamers have been reporting “bricked” Switch consoles with blue and orange screens. Blue screens on electronic devices are usually called “screens of death” because the operating system is frozen and the device is useless.

Reddit user Supportdevil reported the blue screen of death online early. He had just updated his console and was playing Zelda when it started making a weird noise and then crashed. He tried restarting the device several times, but the blue screen would not go away.

“[I] contacted the Nintendo support via chat on the Nintendo page. They went with me through many methods to try to fix it but it hasn’t,” Supportdevil told Vocativ in a message. “Then they looked it up in their error database and said that its the first time that this happened and recommended me to send it back to the retailer to maybe get a replacement early because they can not say when they’ll have consoles for replacement.”

Supportdevil had purchased his Switch through Amazon, but he said that he was still able to send it back and is now expecting a replacement unit by the end of next week.

Several other gamers who bought the Switch were also reporting on Twitter and Reddit that their system was also malfunctioning, but the screen was turning orange instead of blue. Other users reported issues with setting up the joy sticks and extreme heating while in portable mode.

There are still no fixes or software patches that might address any issues since the console literally just came out, but some users have been reporting online that the old turn-it-off-and-turn-it-back-on-again trick will solve the orange screen.

Nintendo has yet to comment on any potential software issues. Vocativ reached out to the video game developer, but did not get an immediate response. It’s common for new consoles to have technical issues, specially during launch. However, it’s unclear how serious these issues are and how many devices have been affected by it. The Nintendo Switch is currently sold out worldwide, and more are expected to go on sale in coming months. Gamers who received theirs today were able to snatch it by preordering it a couple months ago or waiting in line at the store.