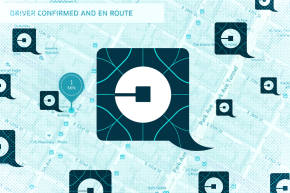 Uber Wants To Give People More Than Just Rides

The company aims to play a bigger role in your travel

Uber, the rideshare company currently embroiled in a whole mess of scandal centering around its misogynistic culture and admittedly immature CEO, has a new plan for taking in more revenue in its cash-losing business: getting people to spend more time in its app.

One of the company’s next moves, according to documents seen by TechCrunch, seems to be a plan to transform its app into “content marketplace.” In plain English, Uber wants people to use the app for reasons besides hailing a ride, such as looking up destinations and entertainment and finding third-party apps. The update will work off “Trip Experiences,” a feature the company has been testing for a year. Already, the idea is being compared to Facebook and Airbnb, which recently debuted new travel services to supplement its basic function as a place to find a vacation rental.

As TechCrunch notes, Uber is looking to take advantage of its “captive audience” of passengers. What Uber seems to be missing is the fact that once most people book their rides, there’s very little motivation to stay on their platform — or stay on their phones at all, given how reading inside a car gives some people motion sickness.

In the midst of what is being called a public relations meltdown marked by thousands of users tweeting about their decision or plans to delete the app from their phones, Uber is likely under pressure to innovate. Whether anyone wants to use Uber for anything other than finding drivers is another question.