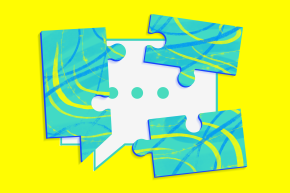 A Tool To Save Comment Sections: It Forces You To Read Article First
By Alejandro Alba

A Tool To Save Comment Sections: It Forces You To Read Article First

A news site has a simple way to foster informed discussion: a quiz on what you just read

Article comment sections are usually battlefields where occasional thought-provoking discussions are ruined by harsh language, trolls, and uninformed opinions left by people who think reading a headline alone is enough to make a judgment. A news website in Norway has now developed an unusual tool it hopes will stop some of this behavior.

NRKbeta, a technology vertical of Norway’s public broadcasting network, now requires that readers take a quiz before leaving a comment. The quiz is based on the article commenters supposedly have read and consists of three questions developed by the journalist who wrote the story.

“We got inspired to do this because we saw that a lot of people generally commented on our articles after just reading the headlines, and maybe a couple of paragraphs of the article,” Marius Arnesen, editor at Norwegian Broadcasting Corporation, told Vocativ. “We thought it would be great if everyone that participated in the debate had the same basis knowledge about the topic that the article was all about, and making people actually read the article they are about to comment on,” Arnesen said.

The comment quiz idea came from a journalist who raised it in a staff meeting. Arnesen said they hadn’t seen anything like anywhere else on the internet.

The initiative was launched a couple weeks ago, so it’s still too early to see its impact on the number and quality of comments. However, Arnesen said so far they’ve received positive feedback from their tech-savy readers.

Arnesen hopes the tool can be used by others eventually, and they are currently working to release it publicly. It could be useful for U.S. media sites that have deleted comment sections because they are hard to filter and maintain.

NRKbeta.no is currently one of three sections in the NRK-system that still have comment sections on articles. The rest of the NRK website has comments turned off because it is too time consuming and is too tricky to moderate.