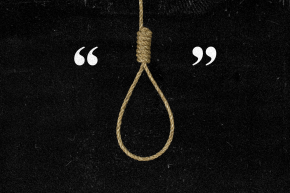 Russian Activists Take On The Fight Against An Online Suicide Game

A group of young activists backed by the Kremlin and known for their efforts in cracking down on homosexuality in Russia has taken on a new cause: curbing a wave of teen “suicide games” on the internet.

“It is important for us to make the internet cleaner and safer,” said Anna Rogacheva, the project manager for the Media Guard, a spinoff of the Young Guard formed in 2005 as part of President Vladimir Putin’s United Russia party efforts to get young people involved in politics. “And the propaganda of suicidal behavior went too far and it stems from a problem that psychologists call ‘social loneliness.’”

Members of the Media Guard met in early March to come up with an action plan against a social media phenomenon that allegedly encourages teens to play a game that supposedly ends with an act of suicide. The Blue Whale game — comprised of 50 tasks, some of which involves self-harm — has purportedly been linked to a spate of incidents in Russia where teenagers were pressured into killing themselves at the end of the game. According to an exhaustive report by Radio Free Europe, however, “not a single death in Russia or Central Asia has been definitely tied to Blue Whale.”

Still, the Media Guard has taken it upon themselves to study the game and the participants who are drawn to it. They found that those who play Blue Whale are typically teenage girls who live in large cities like Moscow and St. Petersburg. One of the Media Guard’s first priorities is to implement an “online hotline to provide psychological assistance to teens,” Rogacheva said.

Between November 2015 and April 2016, 130 suicides were linked to the online social media game, according to the Novaya Gazeta, the Russian investigative newspaper that first unearthed the phenomenon. Participants are subjected to a series of tasks that takes place over the course of 50 days and culminate in suicide on the final day. The Regional Russian Center for Internet Technologies in just one day saw 4,000 uses of Russian-language hashtags like “blue whale,” “sea of whales,” “I’m in the game,” “wake me at 4:20,” “F58” and several others. Media Guard activists estimate that there are more than 450,000 posts so far with these hashtags on social networks like Instagram, Twitter, and VKontakte — Russia’s version of Facebook — where there are more than a thousand active “suicide pages.” Vocativ found several disturbing posts of mutilated wrists and poems written about suicide uploaded by minors.

Other activists have also gotten involved. Online groups emerged in February to discuss the problem and to invite parents of teenagers to get involved. Activists posted instructions for parents to help them identify signs that their teenager might be playing the deadly game.

On the March 6, the Government of Russian Federation approved a bill that makes it a punishable crime to promote suicide among young people or hobbies that might end in death, such as train surfing or suicide groups. Activists think that this amendment to the law will help them in their fight.