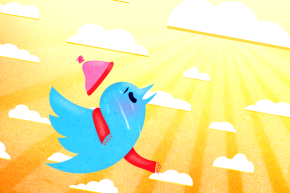 Unseasonable warmth is sweeping the United States and Canada

As anyone enjoying temperatures of 60 degrees and higher will be glad to tell you — and right now, that’s a good chunk of the United States — spring has come early this year. Unseasonably warm days are rolling through the country and even into Canada, with people providing a nationwide running commentary on Twitter. But as those tracking spring’s spread for the U.S. Geological Survey point out, this much warmth this early isn’t necessarily good news.

The problem isn’t just that such unseasonable warmth is one more reminder of global warming — and yes, for those keeping track of whether the Trump administration is cracking down on research, the USGS page does still discuss climate change’s role in the early spring. Climate change is a major long-term problem, but there are plenty of immediate issues that come with an early spring.

As the USGS points out, pollen and disease-carrying pests like ticks and mosquitos all become threats to human health earlier. A longer growing season seems like it ought to be a benefit, but early planting could put crops at risk if temperatures suddenly drop again or if the summer proves too hot. The agency even notes that early blooms can throw off the delicate ecosystem balance between flowers and the animals that eat or pollinate them.

It’s more or less possible through social media to reconstruct the spread of the early spring, which the USGS researchers say has begun about two to three weeks earlier than it ought to have, based on comparisons of this year’s temperatures with three decades’ worth of historical data. Moving south to north (albeit not in strict chronological order), we see just how thoroughly spring has sprung.

Such a strange day here in #Georgia. The calendar says February, but the weather says springtime. Shouldn't be this warm this early!

I'm loving the nice weather but it's strange to be warm enough for shorts. #SCweather #whatseasonisitanyway

Wow very warm and very muggy outside! This is some crazy Texas weather!

It's February 18 in Minnesota, I'm standing on my balcony in bare feet and I'm not cold. This warm weather is crazy. Crazy I tell ya. pic.twitter.com/NcpOyv5hwZ

But the story isn’t just about the unusually high temperatures. Much of the country has experienced intense swings from cold to hot and back again, wreaking havoc on the weather.

Yes it is.I wish it was Warm all the time but not hot or cold……This weather is crazy pic.twitter.com/CTZGN23G2w

The common refrains of “strange” and “crazy” to describe the conditions suggest those tweeting believe something is seriously amiss, and some are willing to go ahead and name the potential culprit.

It is a strange feeling to be happy about the warm weather we are having in Toronto when we all know this is unnatural.#ClimateChangeIsReal

Finally, click on the tweet below for a threaded reminder that an early spring isn’t just a big-picture problem, and that it can have effects most of us would never think of. Case in point: Unseasonably warm days are hell on bees.

@GdaytoYou it's been a strange winter. I'm sitting at 18% colony loss already because warm weather my bees ripping through stores too fast