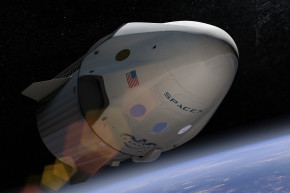 With Tourist Moon Visit, Is SpaceX Trying To Run Before It Can Crawl?
By Alasdair Wilkins

With Tourist Moon Visit, Is SpaceX Trying To Run Before It Can Crawl?

If you believe SpaceX founder Elon Musk, humanity is very soon headed back to the moon for the first time in nearly 50 years. As Musk announced Monday, two private citizens have paid SpaceX for a trip around the moon in 2018 aboard the company’s Dragon spacecraft.

The trip would be a major milestone for commercial spaceflight, space tourism, and human exploration in general — but given Musk’s tendency to make bold, even grandiose announcements and then fall behind schedule, just how realistic is this latest big promise?

To answer that, it’s important to separate what SpaceX is hoping to accomplish here and its big-picture goal. Musk’s ultimate dream is the colonization of Mars, envisioning a future fleet of 1,000 rockets regularly ferrying some half-million settlers to the red planet. Compared with that mission — which has no clear path to funding what could well be a trillion-dollar project — an eight-day jaunt around the moon for a couple of ludicrously wealthy tourists sounds downright mundane.

“The Dragon 2 capsule should be sufficient for a mission of that duration,” former astronaut Jeffrey Hoffman told Vocativ. Hoffman logged more than 1,200 hours in space during five shuttle missions and is now a professor of aeronautics and astronautics at MIT. He highlighted the other essential piece of hardware: the Falcon Heavy rocket. “If SpaceX can put Falcon Heavy into operation, they have the throw weight to send Dragon 2 around the Moon.”

So the plan is more or less feasible, but this is where the “more or less” bit comes into play. The Falcon Heavy rocket has yet to launch, with multiple delays pushing its first launch back to summer 2017. SpaceX has has delayed multiple uncrewed missions in 2016 and has yet to undertake its first crewed mission. December 2017 had been set for the first crewed mission of the Dragon spacecraft to the International Space Station, but NASA and SpaceX announced late last year that this would now happen in mid-2018. And that mission to ISS won’t require the more powerful Falcon Heavy — the moon trip would be the first time people ride atop that rocket.

All of this leaves little time to prepare for a crewed trip to the moon, something nobody has undertaken since Apollo 17. The U.S. Government Accountability Office released a report this February detailing how both SpaceX and spaceflight rival Boeing have experienced serious delays in receiving official certification for human spaceflight, with Musk’s company sliding from April 2017 to the fall of 2018. The report says it may be necessary to look into booking additional seats on Russian spaceflights in 2019 if neither commercial carrier is ready by then. If SpaceX can’t be counted on to begin its ISS trips by 2019, it’s a little hard to believe it can manage a more complicated lunar orbit the year before.

“As the contractors have fallen behind, the time between key test events has decreased, which reduces the time the contractors have to learn and implement changes, increasing the likelihood of additional delays,” the report mentions, which is a key point. With such a tight timeline, SpaceX will need everything to go right in order to make a 2018 launch. Any survey of the history of spaceflight — or even a cursory look at SpaceX’s own launch history — will tell you just how rarely everything goes right.

Perhaps none of that is such a big deal in the grand scheme of things. Maybe SpaceX won’t be ready for a moon trip by 2018, but it could still pull it off by 2019 or 2020, which would still be a huge achievement. But then why make the big announcement now, and why set such an ambitious target date? John Logsdon, the founder of George Washington University’s Space Policy Institute, observed in an interview with Space.com that announcements like this or the Mars scheme can have timescales that are “on the edge of fantasy,” and that’s just Musk’s style.

More Elon Musk Is Tweeting The Investigation Into A SpaceX Explosion

The answer may lie in events surrounding this week’s announcement, which amount to a few very bad weeks for Musk. Shareholder dissatisfaction with his electric car company Tesla’s earning report, released last week, sent the company’s stock tumbling, and a Goldman Sachs analyst downgraded Tesla’s stock to “sell” on Monday, mere hours before Musk’s big SpaceX announcement. And on Tuesday morning The Guardian published the story of Tesla employee AJ Vandermeyden, whose lawsuit alleges a culture of harassment, unequal pay for women, and gender discrimination in the workplace. The notion of media distraction, of putting out an attention-grabbing story to divert attention from various embarrassments, is getting a lot of play these days with regard to President Donald Trump’s endless tweeting, and it’s worth at least considering the possibility in this case as well.

As with any other story with commercial spaceflight, the smart thing to do is to believe it when you see it. This moon mission can absolutely happen, but there are still several steps SpaceX has to take to reach that goal.

Still, there’s room for cautious optimism. Hoffman was enthusiastic about what this could mean for the future of space travel, noting there are risks and uncertainties, but the payoff could be worth it.

“People who fly with SpaceX aren’t signing up for NASA missions, they are signing up for ‘adventure tourism.’ It’s like guided climbs of Everest — no guarantee that you will be successful or will survive, but that’s your choice. Obviously, it will do wonders for ‘space tourism’ if the first attempts are successful, which is why I wish him good luck,” he said.