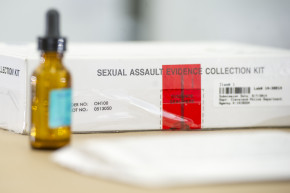 The failure to process evidence in sexual assaults is a national disgrace. New data shows how Utah is fixing the problem

Utah’s track record for processing rape kits used to be abysmal. After a survivor of sexual assault went through the often emotionally difficult experience of having swabs collected for DNA analysis, chances were slim that her sexual assault kit, or SAK, would ever be submitted to a crime lab for analysis.

But new research shows that the state’s SAK submission rates have dramatically skyrocketed, offering hope that other states and jurisdictions can improve their own performance in processing evidence in rape cases, which has been notoriously lacking nationwide.

“There’s been a huge amount of attention nationally and in our state about kits sitting on shelves, kits not being turned in, and law enforcement has responded to the public’s outcry,” said Julie Valentine, a Brigham Young University nursing professor, and the lead investigator behind the new research.

More A Revolutionary Algorithm To Clear Up Rape Kit Backlogs

In December, Valentine published a study in the Journal of Interpersonal Violence showing that between the year 2010 and 2013, just 38 percent of SAKs in Utah were submitted for processing. She looked specifically at cases where a SAK was collected and the survivor wanted to speak with police and pursue a prosecution.

It was a bombshell finding, because DNA evidence can make or break a rape case. It can mean the difference between a rapist continuing to commit violence, as many do, and being put behind bars. But just recently, Valentine looked at the data for 2014 and made the surprising discovery that submission rates across the state had nearly doubled to 75 percent. One Utah county saw its submission rate leap from just 18 percent to 93 percent.

It’s estimated that there are hundreds of thousands of untested rape kits across the country — some of which are left to collect dust for so many years that the statute of limitation on the alleged crime lapses. The reasons for the backlog are thought to be complex and range from poorly-funded crime labs to police officers who endorse rape myths that lead them to neglect certain kits. As the issue has garnered media attention in recent years, it’s helped to galvanize activists, put pressure on local law enforcement, and led to legislation across the country.

It’s this growing awareness of, and public outrage about, the backlog that Valentine believes is responsible for Utah’s dramatic change. “I also think that there is a shift in culture that is happening in law enforcement,” she said. “Law enforcement is beginning to look at these cases differently, they’re starting to believe victims more.”

Valentine’s findings, which are as-yet unpublished, don’t just come as good news for survivors. She analyzed more than 500 SAKs in Utah’s Salt Lake County and found that in nine cases the DNA analysis excluded the suspected rapist. “These were cases where the victim is usually unconscious and they think it’s one person — so if we didn’t test those kits, we could potentially have innocent people being charged for crimes.” She added, “DNA goes both ways. It’s for justice, it helps victims, and it also helps the accused.”

It remains to be seen whether Utah’s submission rate has actually held steady, let alone improved, since 2014. Valentine, who has for years been collecting data on rape kit processing in Utah, has yet to crunch more recent numbers. There is no centralized database for this information, so her research team has had to take thousands of hard copies of charts and painstakingly code them for analysis. “We can only do about five or six charts an hour,” she said, noting that they have processed around 2,350 charts. “So you can imagine how many hours we’ve spent in back rooms coding charts.”

Finally, her hard work is being recognized. “Five, ten years ago, when I was trying to get people to talk about sexual assault and how prevalent it was and how things weren’t being tracked, it was really like hitting my head against a brick wall,” she said. “It’s thrilling that now this is a topic that people are addressing. If we don’t have these conversations, nothing will change.”