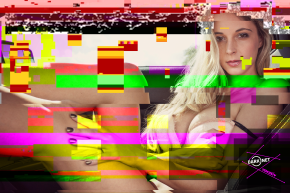 This Woman Charges $44 To Let You Follow Her On Snapchat

Allie Knox, a 32-year-old blonde from Texas, is staring directly at the camera and demanding money. “You will give all of your money to me,” she says. “You will give me everything. You will work harder to please me, to impress me.” The video clip is edited with a hypnotic spiral swirling over her face and thrumming background music. “You will buy less — for me,” she instructs. “You will spend more on me.”

“I can say shit like, ‘Pay me so I can fucking sit by the pool this afternoon,’” she said. And they do.

The world of financial domination, which is a subset of BDSM, has exploded in the last several years, thanks to the internet. There are now ever more ways for dommes like Knox to turn basic financial transactions into an exercise in submission and humiliation. These range from RT games on Twitter, where a sub might agree to pay $3 for every retweet that a findom gets, to Skype sessions where a domme demands more and more money from her “pay pig” over the course of the conversation. Sometimes submissives give dommes direct access to their bank accounts, but more often, money is doled out bit by bit. This trade can involve nudity, but plenty of findoms manage to extract money from their “wallet slaves” and “human ATMs” without even taking off their clothes.

Bitcoin and payment processors like Google Wallet, along with Amazon wishlists, have made these transactions laughably easy. In fact, Knox does a whole lot of laughing — a hearty, toss-your-head-back kind of laugh — when talking about her work.

But Knox’s taunting videos are just one way that she makes money from findom. She also charges $7 a minute for Skype sessions, which can rack up fairly quickly, “especially if people don’t really know what they’re doing,” she said. “It’s a moneymaker.” Sometimes, she does “wallet drain” Skype sessions where she turns payment into what she calls an interactive game. “It’s a lot of, ‘Alright, if you want to see this body part, you are gonna need to send one more [donation].’” Then she might take her shirt off and then put it right back on and say, “If you want to see more you’re going to do it again.”

Some of her subs send her their bank statements so that she knows exactly how much money they have to spend. “They want to be pushed to the limit, so they’re going to let me know what that limit is,” she explained. “That’s part of the game.” One of her clients starts out every Skype session telling her that he only has twenty-five dollars. “I know he’s got more than twenty-five bucks, but that’s how he sets it up, because he wants that pressure.”

She says many of her clients have their fetish because money has been a problem in their life. “Like me, they went to school and had a lot of debt and their entire focus was their income, so it became this, like, obsession,” she said. Knox says her clients are generally either in debt and living outside their means, and findom is just one part of their spending problem, or they are loaded and, as she puts it, “all that matters to them is they can get the girls and the fun stuff with the cash.”

It’s those clients who are in debt — especially those who have kids — that can be hard to deal with. “I know they can’t afford it, and it just kinda sucks,” she said. “Some of them, I morally have this issue — not enough of an issue to change it, but I’m just saying.”

Knox also charges $44 for a year-long “membership” to her Snapchat account, which is mostly just clips of her dog. When asked whether her Snapchat ever features sexy content, she lets out an evil laugh: “Never.” Her account is private, but she will accept friend requests from those who pay the fee. “It’s absolutely ludicrous,” she says with obvious delight.

She also charges $100 for access to her Kik account, which offers a more direct way to message and interact with her, somewhat akin to texting. “It’s nothing, it’s just a stupid marketing tool,” she said, explaining that she often takes to Snapchat and Kik just to promote new videos and upcoming cam sessions. In other words, her fans are paying for access to what she considers a marketing tool. Emailing with her — or at least getting a response — costs money, too.

Then there’s Twitter, which she occasionally uses to ask for gifts — like, for example, a Victoria’s Secret bra and panty set that she wants. “And then somebody will send it over,” she said. “They enjoy me getting it and them giving it to me.” She also keeps her Amazon wishlist updated — with everything from a pair of socks reading “RICH BITCH” to a shower curtain featuring an image of a hairless cat — so that subs can routinely send her gifts.

She estimates that she currently makes around $4,000 a month selling clips on sites like Clips4Sale.com, $2,000 a month web camming and up to $2,000 through one-on-one Skype sessions and random gifts from subs.

Now, Knox works just a couple days a week and gets to make money from her “brutal honesty,” as she puts it — like instructing subs to send her money so she can sunbathe. She added, “My findom stuff really is like my true self.”