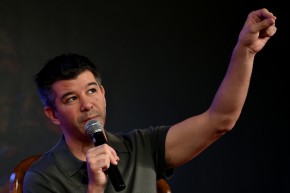 From the travel ban to sexism to strikes, Uber's been stepping in it all year

In the pantheon of exalted tech companies, Uber has never been the darling among its users the way Apple and Google are. The manner in which Uber customers download the app can often be described as reluctant; they’re lured in by the unquestionable convenience and ease of the service, but many customers ultimately feel guilty about it given the company’s questionable labor practices and strong-arm market-entry tactics.

This fragile customer relationship is why Uber cannot afford major public relations problems, and yet the company has suffered them one after another in 2017. First came the ill-advised decision to send Uber drivers to JFK airport after New York City cab drivers boycotted over Donald Trump’s equally ill-advised travel ban, then came accusations of rampant sexism from a former employee who claims Uber made life hell for her after she tried to blow the whistle. Now, more women are coming forward to accuse the company of the same as anti-Uber sentiment builds.

Angry customers launched the hashtag #DeleteUber on the night of the travel ban, which led to more than 200,000 people deleting their Uber accounts, according to some estimates. The incident has led to a steady drumbeat of #DeleteUber on Twitter ever since, and the sexism accusations have led to another spike in its use, in addition to a strike today by women and people of color at tech companies to protest the misogynistic, straight white male culture tech companies generally.

Uber’s attempts to quell the backlash have fallen flat in part because CEO Travis Kalanick’s brash behavior has long reinforced criticism of his and the company’s politics, which stand in direct contrast to those of many of the company’s customers who live in liberal urban cities. That Uber and Kalanick didn’t foresee the repercussions of breaking the JFK cab boycott — or worse yet, thought a few extra rides would be worth said repercussions — speaks to the company’s disconnect from its customers and its singular pursuit of market domination.

Kalanick’s spot on Trump’s economic advisory board was one of many casualties of the JFK airport incident. He stepped down after initially resisting because, according to him, it was best if he was available to guide the president, for the good of the nation. But this is a tough sell to a public that’s been saturated with his oft-mentioned admiration for Ayn Rand and the virtues of self-advancement.

In the wake of the recent sexism accusations, Uber hired Obama’s attorney general Eric Holder to conduct an “independent investigation” into the company’s corporate culture. Hiring a big name to investigate is a common public relations ploy to convey Uber’s seriousness, but this too will fail if the investigation leads to a generic report that tepidly acknowledges the problem and then heartily pats the company on the back for the moves it’s made to combat it.

Uber’s troubles couldn’t have come at a worse time. In addition to having botched what would have been a highly lucrative entry into China, the company has been shedding money by the billions, with some analysts saying it’s losing money faster than any tech company in history, although it is partly by design.

Uber has been lowering prices in hopes of chasing its competitors out of the market. With a ton of venture capital cash in the bank, it can cover its huge losses over the short-term and then potentially raise prices back to levels that allow it to be profitable after it has an even larger share of the market. Amazon used a similar strategy for years, but massive defections from Uber would turn this strategy into a complete disaster.

Perhaps smelling blood, Lyft, Uber’s primary competitor, announced today it was entering 54 new cities. Having released a statement condemning the travel ban, Lyft wants to be seen as Uber with better labor politics (whether that’s true or not is debatable), and it could certainly position itself as the beneficiary of an Uber disaster by having more or less the same service, but with a softer public persona.

The dirty secret to everybody is that male-dominated tech culture has always been just as destructive, racist, and misogynistic as Wall Street culture; they just wear hoodies and turtlenecks instead of suits and have a ping pong table in the break room. This misconception serves tech companies well from a public relations standpoint, and if the backlash to Uber swells to the point that Lyft becomes the market leader, Kalanick will have gone down in flames for not going along with it.