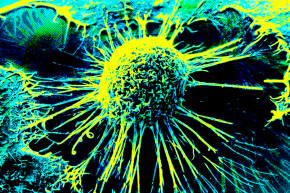 Even in the best possible scenario, a vaccine could only help a tiny sliver of the population

The quest for vaccines to prevent cancers just hit a theoretical limit: If there ever are vaccines, there will have to be many, and not just one.

In theory, the best possible treatment for cancer would be one that required no radiation or surgery, instead using the body’s immune system to turn back a tumor’s uncontrollable growth. Recent developments in using immunotherapy to treat cancer has researchers thinking about a cancer vaccine as a potential breakthrough in prevention. But new research suggests that we shouldn’t hold out much hope for a single, universal vaccine for cancer.

While the first scientist to look at the immune system’s potential role in treating cancer conducted his research in the 1890s, it’s only in the past decade that immunotherapy has really taken off. Most famously, President Jimmy Carter was declared cancer-free in 2016 after immunotherapy was used to help treat a brain tumor. The basic principle is the same as any other disease the immune system deals with. The body’s defense mechanisms recognize the tumor as an invader and attack it, neutralizing the threat. The challenge lies in getting the immune system to see the tumor as a harmful, unwanted presence. It’s possible to do that by training the body’s immune system to recognize certain molecules in the tumor’s makeup.

A cancer vaccine would be the next big step for immunotherapy. While there are vaccines for cancers that are caused by an underlying infection — the HPV vaccine is probably the best-known example — vaccines meant to target non-infectious tumors are trickier. Some are in clinical trials to deal with specific types of cancer, but none are yet approved in the United States.

Based on researchers’ current knowledge, a cancer vaccine would require focusing on specific genetic alterations in tumors, which create molecules that the immune system can then target and attack if a tumor ever does pop up. The problem is that those alterations are different in every person, so each vaccine would have to be specifically designed and created for every individual patient. That would be expensive, likely prohibitively so.

The bad news, according to scientists at the cancer genetics research company Foundation Medicine and authors of the study, is that there doesn’t appear to be any way around that problem that would allow for the creation of a universal vaccine. They looked at the genomes of more than 60,000 different tumors to find any molecules that were the consistent result of these genetic alterations and that the immune systems could then go after. Even in the best-case scenario, the most common targets the researchers found would only be useful for about 0.3 percent of the population.

So a universal vaccine doesn’t appear to be possible, at least based on what we know right now. The researchers did point out that they only looked at the specifically cancer-causing parts of the tumor genomes, and it’s possible a currently unknown genetic alteration could be common enough to make a universal vaccine more feasible.