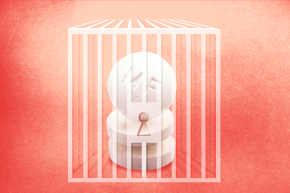 In a new journal article, doctors and public health experts call for less regulation of Mifeprex

A group of doctors, public health experts and legal scholars is taking the Food and Drug Administration to task for blocking access to the abortion pill Mifeprex. In a new paper in the New England Journal of Medicine, the group argues that the drug, also known by its generic name mifepristone, is being over-regulated despite mountains of evidence that it provides a safe way to terminate a pregnancy.

“The restrictions on mifepristone are a shameful example of overregulation run amok — and they’re harming women’s health,” said Beverly Winikoff, president of Gynuity Health Projects, a medical research organization, in a press release. “Women and their health providers shouldn’t have to jump through hoops to get a medication that’s been safely and effectively used in this country for a decade and a half.”

Last year, the FDA did dramatically change the labeling on Mifeprex to bring it up to date with the latest scientific evidence, expanding the gestational limit for treatment and removing other restrictions, like the need for an in-person followup. But the paper argues that the FDA didn’t go nearly far enough. That’s because the drug still comes with a largely unchanged Risk Evaluation and Mitigation Strategy, or REMS, which is an additional set of restrictions that, unlike drug labels, is legally binding for prescribing clinicians.

The FDA is supposed to only impose a REMS on drugs that carry serious adverse effects that can’t be addressed by the labeling alone — that’s why they are currently provided for just 74 of the approximately 1,750 drugs approved by the FDA. Mostly notably, Mifeprex’s REMS requires that the drug be distributed in clinics, medical offices, and hospitals — so, it can’t be sold in retail pharmacies, for example. It also requires that health care providers become certified to prescribe the drug, a process that the paper describes as “an empty formality.”

The upshot is that women’s access to Mifeprex — and abortion generally — is greatly impeded. The paper points specifically to the prohibition on the drug being sold at retail pharmacies and the certification requirement for providers. These mean “that a qualified clinician who has not completed the certification process and arranged to stock the drug in his or her office cannot provide timely medical abortion care to a woman who presents unexpectedly.” This can lead to delays in treatment, which ultimately increases patient costs, inconvenience, and, in the case of serious delays, potentially medical danger.

It also notes that “the expense and hassle of maintaining drug inventories as well as reluctance to be included on a list of certified abortion providers — understandable, given the long history of harassment and violence — may discourage some otherwise willing clinicians from offering medical abortion at all.”

The experts argue that there is no scientific evidence to support providing these special restrictions on Mifeprex. The paper notes that, among the more than 3 million women in the United States who have used Mifeprex, there have only been 19 reported deaths (note that the pregnancy-related death rate is 14 times higher). The incidence of non-fatal side-effects are also low — from 0.01 to 0.7 percent — and are typically highly treatable. The serious risks listed on the Mifeprex label — infection and pro-longed vaginal bleeding — can also happen with everything from vaginal delivery to IUD insertion. But, as the paper notes, these procedures don’t come with “federally mandated provider certification, signed patient agreements, or venue limitations.”

The limited access to Mifeprex is already a critical issue, given successful attempts in certain parts of the country to shut down abortion providers — and it might become even more so under a Trump administration that is openly hostile toward reproductive rights. As the paper concludes, “Considering the severe shortage of abortion providers in many parts of the United States and the long distances that many women must travel to obtain abortion services, we contend that any barrier to access that has no demonstrated benefit is excessive.”