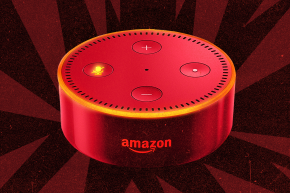 People have a First Amendment right to privacy when they ask Alexa for stuff, Amazon says

Amazon’s Echo, the “smart speaker” with a virtual “personal assistant” named Alexa that performs various services whenever it’s called upon, might have unintentionally recorded a murder. At least, that’s what prosecutors in Benton County, Arkansas, are hoping. They obtained a search warrant in 2016 for any recordings made by an alleged murderer’s Echo device around the time he is accused of killing a man later found dead in his hot tub. Now Amazon has formally responded with a motion to quash the warrant.

That Amazon doesn’t want to give up any possible recordings isn’t a surprise — the company told Vocativ last December that, while it wouldn’t comment on the specific case, it “objects to overbroad or otherwise inappropriate demands as a matter of course.” In court documents filed last Friday, the company said the prosecution had not “met its heightened burden for compelled production of such materials.”

Amazon’s response opens with a note that the Echo device is awesome and everyone loves it — why not miss any opportunity for a sales pitch? — but it must protect the privacy of its many very satisfied customers. It then explains that while it complied with some of the search warrant’s demands, such as subscriber information and his purchase history, it has not yet released any of the requested recordings or transcripts. Amazon is claiming that Echo user requests are protected by the First Amendment (and cites the Monica Lewinsky/Bill Clinton investigation as proof, stating that when a book store was asked to hand over Lewinsky’s purchase history, a court said there had to be a compelling for the request due to “First Amendment concerns”), and that the news coverage of the search warrant, which focused on privacy concerns, could “chill users” from using their Echos for fear that the government can then demand — and receive — those recordings.

That’s not to say that Amazon is opposed to turning over the recordings no matter what. The company says if presented with the necessary heightened burden of proof for why they are needed for the case, it will comply. The prosecution has said it believes that music was being streamed through speakers in the defendant’s home when he and his alleged victim were together, and if that music was cued by Echo, it may have recorded the victim’s death.

A hearing to determine if that’s a compelling enough reason is scheduled for March 8.