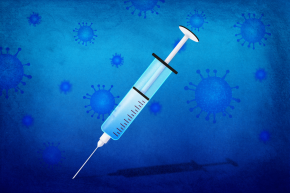 Scientists at the National Institutes of Health are aiming to take down one of humankind’s major nuisances, the common cold — one virus at a time.

Earlier this week, the NIH announced they would soon begin the first human trial of a vaccine for the respiratory syncytial virus, or RSV. The Phase 1 trial will track healthy adult volunteers given the vaccine over the course of a year, in order to determine whether it’s safe to use as well as if it can reliably trigger an immune response to the virus. If successful, it would be the first vaccine for any kind of cold virus.

Though RSV’s most prominent role in human disease is simply being one of the some-200 viruses that causes a mild cold in most people, it’s actually thought to be the second deadliest infection among infants younger than a year old worldwide, only behind malaria, and kills 250,000 people annually. In the U.S., it’s estimated to send 2.1 million children to their local doctor’s office every year, while hospitalizing more than 150,000 people over the age of 65 and killing 14,000. By age 2, nearly everyone has come across RSV, though surviving an infection only protects you from it for a few years.

“RSV is underappreciated as a major cause of illness and death, not only in infants and children but also in people with weakened immune systems and the elderly,” said Dr. Anthony S. Fauci, director of the National Institute of Allergy and Infectious Diseases, the NIH unit specifically working on the vaccine, in a statement. “A vaccine to reduce the burden of this important disease is badly needed.”

Important as a RSV vaccine would be, there’s a dark history behind the search for one. In the 1960s, scientists disastrously tested out a potential vaccine candidate in people. Not only did the vaccine offer little protection against RSV, it actually made the virus more dangerous in some cases. Particularly in those who had never been exposed to RSV before, it primed their bodies to be more vulnerable to a later infection, an unforeseen side effect that likely led to the deaths of two toddlers and hospitalized 25 others before the trial ended.

In the decades since, scientists have pinned the vaccine’s failure on the fact that it used the whole virus and lacked the proper chemicals, known as adjuvants, needed to boost the body’s immune response to it.

The NIH’s vaccine, along with other proposed candidates, have sidestepped the former problem entirely by training the body to produce antibodies against a single protein that RSV produces just before it infects a cell, rather than the whole virus itself. It’s hoped this preemptive approach will make it harder for RSV to ever get its microscopic foot in the door. The current trial will also test whether an adjuvant will further boost its potency.

But even with this new approach, the road to a RSV vaccine has continued to be a bumpy one. Last September, pharmaceutical company Novavax reported that their similar vaccine flunked its 12,000 person-large Phase 3 trial completely, which predictably sent their stock prices plummeting. Regardless, the company has pushed on, starting a new clinical trial of a supposedly stronger vaccine in people over the age of 60 this year. And other RSV vaccines are also in development alongside the NIH’s version.

Whether any of these gambles will pay off, though, remains to be seen.