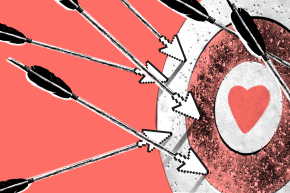 Online Daters Not Actually As Picky As They Say They Are

When it comes to online dating, people claim they want one thing but choose another, study says

People come to online dating with high expectations for an ideal partner who checks all their romantic boxes — but a new study, published in the journal Cyberpsychology, Behavior and Social Networking, shows that online daters often choose partners who don’t match their stated preferences at all.

“We looked at whether or not people actually contact people who match what they say is their ideal partner in their profile, and our findings show they don’t. Stating a preference for what you are looking for appears to have little to no bearing on the characteristics of people you actually contact,” said lead researcher Stephen Whyte of Australia’s Queensland University of Technology.

Whyte and his colleagues crunched data from more than 41,000 Australians between the ages of 18 and 80 who used the dating site RSVP. The researchers looked specifically at more than 219,000 instances when one online dater reached out to another and analyzed how the recipient’s characteristics — from hair color to religious views — matched up with what the initiator said they wanted. The study found that over 65 percent of the messages were sent to people who met only one — or none — of their stated preferences. Men, compared to women, picked people who shared fewer characteristics with their ideal partner.

“How people go about finding a partner is changing dramatically thanks to the internet. Where once we were limited to settings such as school, work, social gatherings or local night spots, there is a much wider choice at hand online,” said Whyte. But as the researchers discovered, that much wider choice doesn’t mean that people are holding out for Mr. or Ms. Perfect, at least not when it comes to initiating contact on a dating site. Instead, as the press release puts it, “people may actually prefer to settle on an acceptable threshold of qualities or characteristics in a potential mate, rather than hold out.”

Ah, yes, that politically loaded term settling. Some have argued that it’s exactly what people — excuse me, women — should do, while others have strongly cautioned against it. While this research seems to suggest that people are settling when it comes to online dating, it sounds like something more positive is going on here. People are — very reasonably, it seems — open to talking to potential romantic partners who don’t appear to check all their boxes.

This news might mean less pressure to live up to a vision of the perfect partner — because online daters just aren’t taking those ideals too seriously. As Whyte puts it, “I think it’s really encouraging findings for people searching for that special someone online.”