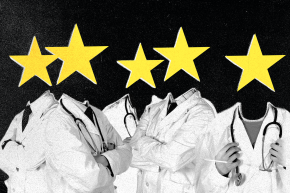 If you’ve been to a new doctor recently, chances are you looked at some site to see what you were getting yourself into—a 2014 study found that 60 percent of patients surveyed say that online reviews are important when they choose a doctor. But according to a new study published Tuesday in the journal JAMA, these web sites are generally pretty useless. They’re clunky to use and they don’t offer patients enough information to make an informed decision.

In the study, which was conducted in September 2016, the researchers identified 28 doctor review web sites (among them healthgrades.com, vitals.com, rateMDs.com, and Yelp) and looked up 600 doctors of different specialties working in three geographically disparate American cities. As they searched the sites, the researchers found that they couldn’t specify the clinical condition they were looking to treat, which language the doctor spoke, the doctor’s gender or hospital affiliation, or even which insurance providers that doctor accepts. Thirty-four percent of the physicians they looked up didn’t have any reviews at all—an improvement on a similar study from 2010 that found more than 70 percent of doctors didn’t have any reviews across 33 sites, but still not great.

More What Patients Look For In A Doctor, According To Yelp

Reviewed doctors had an average of seven entries, which isn’t enough to give prospective patients enough information to make informed decisions about whether a given physician can provide proper care for a particular condition. That kind of makes sense, since most people who leave online reviews tend to do so when they’ve had a really good or really bad experience.

Luckily, organizations are coming up with more reliable and systematic ways to give patients information about doctors’ performance. More hospitals, such as the University of Utah health system, are giving patients access to doctor reviews. The authors of the JAMA study suggest that surveys about doctor performance might lead to more balanced or holistic representations online.