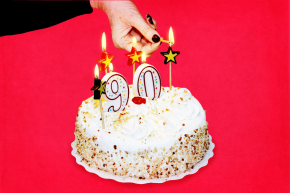 The next generation of South Korean girls can expect to reach their 10th decade, but Americans lag behind

Although average life expectancy keeps creeping upward into our eighties in wealthy nations, as recently as 20 years ago researchers thought 90 years or more would be impossible to achieve. But now a new study suggests South Korean girls could break this barrier as soon as 2030. And most of the world’s richest countries won’t be far behind, with one major exception: the United States of America.

Researchers at Imperial College London and the World Health Organization (WHO) used data from 35 industrialized countries to create a bunch of different forecasts for how life expectancy will increase between now and 2030. In South Korea, which topped the list for both genders born in 2030, baby girls can expect to live 90.8 years, while boys, a still very respectable 84.1 years. Japan and Switzerland, the current record holders for girls and boys, respectively, are both expected to remain near the top of the rankings. It’s a pretty big jump for South Korea, which the WHO found in 2015 had the third highest life expectancy for girls but only the 20th highest for boys.

The researchers, writing in The Lancet, attribute South Korea and other countries’ likely increased life expectancy to good childhood nutrition, generally low blood pressure, and low smoking rates. People have to stay healthy to live that long — though the study points out that the world should start thinking now about how to care for a population aging on such an unprecedented scale.

According to the researchers, their work runs counter to the belief that human life expectancy is nearing its upper limit. Their work doesn’t relate to the question of maximum lifespans, which recent researcher has suggested could top out at around 125, but it does suggest that it’s possible for entire populations to have a reasonable expectation of reaching their 10th decade someday.

Of course, this assumes countries are prepared to do what it takes to help people live that long, and the researchers say that’s not the case in United States. Its 2030 life expectancies of 83.3 years for girls and 79.5 years for boys places the U.S. near less affluent countries like Poland and Croatia, only slightly ahead of average life expectancies in 2015. The researchers attribute the relatively low position to its unusually high levels of infant and maternal mortality, obesity, and the lack of universal health care. Whether Republican efforts to repeal the Affordable Care Act could lower American life expectancies further is something the researchers leave unaddressed.

Of course, we can’t know how accurate these forecasts really are. But it’s not just the babies of tomorrow who will benefit from these increased life expectancies. The researchers also estimated how much longer the average 65-year-old can expect to live in 2030. Since that projection eliminates those who died before reaching 65, it’s actually an even more impressive figure. For instance, South Korean women who are 65 in 2030, meaning they are 52 right now, can expect to live until their 92nd birthday.