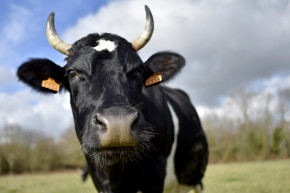 Nestled directly below oxygen and sulfur on the periodic table, selenium doesn’t attract too much attention. But this relatively rare element is an important nutrient for animals, including humans. New research suggests selenium is yet another potential victim of climate change, but for once there’s good news: We’ve got decades to solve this particular problem — and there may actually be a solution.

The precise health benefits of selenium are a bit controversial — there’s some evidence that a deficiency of the mineral is linked with cardiovascular disease and certain cancers, and at the very least selenium appears to help with the proper function of the thyroid. Animals like us can get our daily selenium needs from grains, dairy, or meat, with all those sources ultimately tracing back to the soil. About a billion people are thought to have a selenium deficiency worldwide, and that’s partially because certain areas don’t have the right kinds of soil for the mineral to occur naturally. Selenium is found most commonly in soils that get some precipitation and have a decently high clay content, but they are found far less often in arid soils without much clay.

That knowledge allowed a team of European researchers to work out selenium concentrations could change over the next several decades, as climate change shifts weather patterns and alters soil compositions. The vast majority of the world is going to lose a chunk of the nutrient from its soils, with 66 percent of the planet’s agricultural areas expected to lose a portion of their selenium content. While a few places like Australia and parts of China, India, and Africa will actually gain selenium, pretty much every region of the world will be affected to one extent or another, with Europe, the Americas, and southern Africa all in trouble.

But a selenium shortage is one thing humans have been dealing with even before climate change started in earnest, as farmers in northern Europe have known for decades that their soils didn’t have much of the nutrient. Finland has been especially aggressive in compensating for the lack of selenium, as in the 1980s it began fortifying its fertilizer with the mineral. The results were so good, in fact, that Finland has since cut back on the amount of selenium it puts in its fertilizer, and there’s no particular reason the rest of the world couldn’t follow the Finnish example. As climate change conundrums go, this is far from the biggest one, but it’s nice to know there’s at least the occasional problem out there that is relatively straightforward to solve.