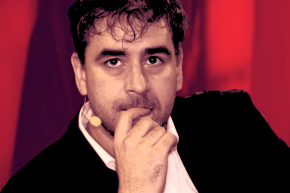 Was Deniz Yucel caught because he was in the wrong group DM on Twitter?

Turkey, already in the midst of a crackdown on the media, has arrested a journalist for reporting on hacked emails that revealed apparent corruption in the country’s government. His colleagues say he may have been caught after sharing a group direct message on Twitter with a hacker group and several fellow journalists.

Deniz Yucel, a Turkey correspondent for the German newspaper Die Welt, has been held in police custody since Tuesday, the paper has reported. Yucel is the seventh journalist jailed for reporting about the emails of Turkey’s Energy Minister Berat Albayrak, which were publicly released in October by the marxist hacktivist group RedHack, then indexed by WikiLeaks.

If convicted, he faces up to five years in prison.

On Christmas Day, 2016, Turkish police raided the houses of several journalists in connection to the leaked emails. According to Committee to Protect Journalists, they were kept in custody without a hearing for 23 days. Three were accused of “being members of a [terrorist] organization.”

A Turkish pro-government paper, Sabah, claimed the reporters were detained for “making RedHack propaganda,” as Turkey has designated the hacktivist group a terror organization. Sabah named several fugitives, among them Yucel. None of the journalists Sabah listed had shared the archive publicly, but all of them had reported about the leaks in detail, including revealing Albayrak’s oil deals in Iraq, ISIS’s arms trafficking routes in Syria, and Turkish President Recep Tayyip Erdoğan’s control over Turkish media.

It’s not known exactly how Sabah connected Yucel to RedHack. But another reporter the paper named as a fugitive, Fatih Yagmur, told Vocativ that the only evidence that links him to the leaks is a Twitter group Direct Message group that RedHack used to share the link to the archive with journalists.

RedHack had previously warned followers that the Twitter account of another of the reporters in that group DM was briefly taken over by a phishing attack. The culprit is unclear, but Turkish pro-nationalist hackers are known to attack critics of the Turkish government.

Charges against Tunca Ogreten, one of the Turkish investigative journalists currently — and who has reported for Vocativ about the ISIS front in Syria — don’t mention RedHack. His charges instead allege him to be linked with the Gulen Movement, a religious organization that Turkish government blames for the last summer’s failed coup. Other reporters have also been accused of membership to various Marxist or leftist armed groups, but none to RedHack.

Die Welt reports that Deniz Yucel, who has dual Turkish and German citizenship, is accused of similar charges. While he is not officially accused of being a member of any particular organization, his lawyer has stated that police questioned Yucel about RedHack.