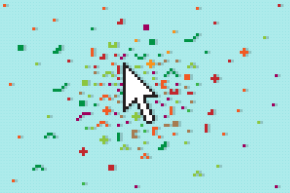 Penicillin and other treatments are just a Google search away

There are few potential public health threats quite as serious as antibiotic resistance. One of the biggest drivers is people’s overuse or misuse of antibiotics, giving pathogens an opportunity to survive treatments and evolve ways to evade them in the future. That’s already a big enough problem for properly prescribed and monitored antibiotic treatments. New research suggests a still bigger threat comes from online pharmacies, many of which don’t require any antibiotic prescription at all and let customers set their own dose.

The ability to buy antibiotics over the internet with no input from a doctor might sound like a scam. And yes, some online pharmacies skirt legality — though American authorities like the Drug Enforcement Agency rarely bother going after individual buyers — but there are also legitimate reasons people buy unprescribed drugs from a foreign online pharmacy, like lower prices or access to drugs unavailable at home. A 2009 study found that more than a third of online pharmacies in the United States would sell penicillin and other antibiotics without any prescription, with still more allowed users to get an online prescription.

All that is bad news for the fight against antibiotic resistance, according to researchers from Imperial College London. In a small study looking at the 20 top online pharmacies in the United Kingdom, they found that 45 percent didn’t require a doctor’s prescription at all, and, even including ones that did, about 80 percent allowed users to choose the antibiotic they wanted and set the dosage and duration of treatment.

That’s putting a lot of pressure on people who aren’t doctors to get everything right, as any misuse can lead both to more resistant bacteria and some nasty side effects (most sites did at least provide some health information on safe usage). But even if the antibiotics are used correctly and taken at the right dose for the right amount of time, there’s still the more basic question of how many users should be taking these antibiotics at all, as every unnecessary antibiotic treatment chips away at the drugs’ effectiveness.

This study just applies to the United Kingdom, though you might expect similar dynamics among online pharmacies in the United States. Either way, the takeaway here is universal: When the continued usefulness of antibiotics rests on their carefully controlled use, it’s highly risky that they are freely available to anyone who can find them online.