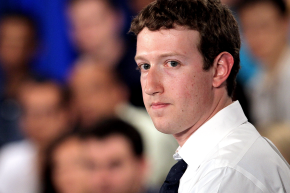 Mark Zuckerberg Wants To Use AI To Stop Terrorist Recruiters

In a 5,800-word letter about globalization, Facebook’s CEO said he plans to lean on AI to improve global safety

Since its inception Facebook has been evolving non-stop. Now, Mark Zuckerberg said the social network is about to shift gears once again as it moves past trying to connect only friends and family, and tries building an infrastructure for a global community.

In a 5,800-word letter on Thursday, Facebook’s CEO shared his vision of how his company can improve in a world that’s changing at a rapid pace because of globalization and divisive presidential elections. He spoke out in worry over the rising anti-globalization attitudes among governments and political leaders.

One thing that stood out in the long missive was his idea for how AI could play a role in this quest, at least on the Facebook platform. “Looking ahead, one of our greatest opportunities to keep people safe is building artificial intelligence to understand more quickly and accurately what is happening across our community,” Zuckerberg wrote.

Zuckerberg said Facebook is researching systems that can look at photos and videos to flag content that should be reviewed. In the past, Facebook only reviewed content that was reported by other users, which is a flawed system since it can take hours for someone to report, say, live-stream of a person’s suicide or a post about a terrorist threat. With an AI system in place, this type of content can be reported quickly and can be stopped before the suspect goes through with it, Zuckerberg hops.

Implementing a system like this on a social network with more than 1 billion users will take many years to fully develop, according to Zuckerberg. But testing of this AI system has already begun to filter content and generated about one-third of all reports that the community team reviews.

“Right now, we’re starting to explore ways to use AI to tell the difference between news stories about terrorism and actual terrorist propaganda so we can quickly remove anyone trying to use our services to recruit for a terrorist organization,” Zuckerberg said.

“This is technically difficult as it requires building AI that can read and understand news, but we need to work on this to help fight terrorism worldwide.”

In addition, over the past year, Facebook has been criticized for helping spread “fake news.” Since then, the company has taken a number of steps to improve fact checking including implementing new algorithms, hiring people, and creating a journalism project to help stop spreading stories from unreliable websites. Eventually, more advanced AI could help in the goal, too, he said.