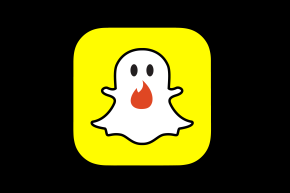 Is Tinder Also Trying To Become Snapchat?
By Alejandro Alba

Tinder, just like every other app today, may be jumping on the “let’s add video” bandwagon. The popular dating app announced on Thursday that it acquired the startup Wheel, an app known for its Snapchat-like video features.

Wheel was mostly adopted by teenagers and allowed users to collaborate on video features and post public live stories. However, it wasn’t really a huge hit on its own, never making it high on Apple’s app charts for instance.

Tinder did not disclose deal terms, but Wheel’s founding team will join Tinder. It’s also unclear what if any video features will be implemented on the dating app, but it would most likely be video profiles (like introductions) or direct Snapchat-like ephemeral video messaging.

Adding Snapchat-like features to apps has become a trend after Facebook consciously copied Snapchat stories and added them to Instagram. Other companies that have implemented similar features include Whatsapp and dating app Bumble.

Last month, Bumble rolled out a video feature that allows users to post 10-second videos and stream them to their matches. Just like Snapchat, they can be edited with filters and expire after 24 hours. While it’s nice to let your potential lovers know what you’re up to day-to-day, it seems exhausting having to post your videos on Instagram, Snapchat, and now a dating site.

It wouldn’t be the first time it mimics a Snapchat concept. Tinder had something similar to Snapchat’s “Stories” called “Moments,” but it was strictly photos. Users could post photos of their day that were visible to anyone they’ve matched with. Photos also expired after 24 hours.

Tinder did not immediately respond to Vocativ with comment on the acquisition.