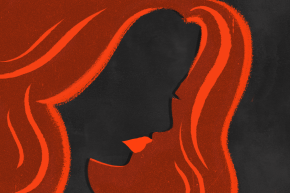 After Backpage: Cash-Strapped Sex Workers Take Care of Their Own
By Tracy Clark-Flory

After Backpage: Cash-Strapped Sex Workers Take Care of Their Own

Last month, Jane Woolf, a 35-year-old sex worker based in Western Massachusetts, was down to 41 cents in her bank account, relying on an upcoming appointment to make ends meet. Then her client, who she calls an “absent-minded old man,” canceled because he’d lost his wallet.

Normally, one cancellation wouldn’t have been a huge setback. Woolf would have simply met another client through one of her classified ads on Backpage.com. But the site had just shut down its adult services section under government pressure, eliminating the nation’s most bustling online marketplace for sex work — and cutting Woolf off from her most reliable source of clients.

Frustrated, Woolf took to a private Facebook group for sex workers and ranted about her current predicament. Soon, she learned that many of her peers were in a similarly dire situation. But that didn’t stop them from becoming her lifeline. Woolf was messaged by Molly, who co-organizes the Sex Workers’ Mutual Care Collective, which fundraises for sex workers in need. Molly asked for Woolf’s account details on a payment processing app — which Molly asked Vocativ not to identify — and, before she knew it, $100 was deposited into her account. “Often, unfortunately, the poor among us are trying to help the even poorer among us,” Woolf said.

Woolf, who was initially hesitant to accept the money from Molly, also received a donation from a couple of financially stable sex workers who knew that she was suffering. “I would receive one-hundred bucks, and I would split it with another Backpage affected sex worker,” she said. The outpouring of support has come from around the globe: Woolf even received funds from sex workers in Australia asking if she knew anyone who could use the money.

Woolf’s experience is just one example of how sex workers have raised and donated funds to help each other after the financially devastating Backpage shutdown, according to interviews with several sex workers.

So far, the Sex Workers’ Mutual Care Collective has helped dozens of other sex workers in the wake of the Backpage closure. The group was formed a few months back to support sex workers in need more generally, but those reeling from the loss of Backpage soon became the priority. Since mid-January, Molly said she has raised around $1,500 — a small sum, given the number of recipients, but every bit helps when your bank account is teetering close to zero.

Before last month’s shutdown, Backpage had become the go-to resource for sex workers and clients alike, thanks to the site’s comprehensive nationwide reach and the small fee charged to post in the adult section. Several other sites provide classified-style adult ads, but most charge more, cater to a narrower client-base, and are popular only in certain major metropolitan areas. “Backpage was the only nationwide advertising platform for lower- and middle-end escorts,” Woolf said. “A lot of them are really designed for higher-end escorts.”

As the social justice group Sex Workers Outreach Project said in a statement, the Backpage closure removed “a unique, low-cost and low-barrier way for some of the most marginalized individuals in the adult industry who otherwise might have relied on a third-party or riskier street-based sex work to earn a living.”

While these workshops are a longer-term strategy for helping sex workers impacted by the shutdown, the most immediate need right now is for financial assistance.

Vee Chattie, a 28-year-old sex worker based in Seattle, responded to the Backpage shutdown by putting out a call for people to send donations via Venmo for sex workers in need. Her call got signal boosts on Tumblr and from the popular sex worker blog Tits and Sass, and she received several donations, which were sent through the app with descriptors like “emergency food” and “for justice.” In total, she received roughly $1,600, which she passed along to several sex workers, many of them single moms and people of color. (As she noted, “It’s a lot harder to be in this industry if you’re not white.”)

“I was paying electrical bills, people whose lights were getting shut off. I paid one woman’s internet bill — she does camming as well, in addition to escorting,” she said. “A lot of people are living right on the edge and if one thing goes awry, it can make their situation very desperate.”

In January, Backpage announced its decision to shutter all adult sections, including sub-categories like “escorts,” “adult jobs,” and “body rubs,” calling it the “direct result of unconstitutional government censorship.” The move followed the release of a Senate report accusing Backpage of facilitating online sex trafficking. (Backpage alleged that it was merely a host for ads and not responsible for the content posted on its site, including the alleged trafficking.) The decision also followed Backpage’s CEO and co-founders being cleared of pimping charges. Backpage argued in a statement that government pressure had successfully forced the site to remove adult content in the U.S.

Grassroots fundraising isn’t unusual for the sex worker community, often in cases of large medical bills or legal fees. Just recently, sex workers raised nearly $20,000 to support a woman who killed her client in self-defense. And a lot of financial help is offered outside of fundraising drives, too. “When I see one of us posting on the internet saying, ‘thing are really bad for me,’ even way before this, people will really help them and send $100 if they have it to spare,” said Woolf. When her longtime partner died a year-and-a-half ago, sex workers banded together to raise money for the cremation, she said.

“The reason we have to do this fundraising is there aren’t really backup sources, we can’t get loans from the bank,” said Chattie. “A lot of people, their families don’t even know they’re in this work and don’t understand why they need help. The only people we really have to help us are other people in our community. It’d be nice if that wasn’t the case.”  As Molly puts it, “We are aware of the fact that sex workers are really the only people that care about the lives of sex workers, so we tend to organize this way a lot for mutual support.”

Even though so many sex workers are still struggling after the Backpage shutdown, Woolf is optimistic. “There’s still a feeling of chaos and displacement, but we’re adapting, because that’s what sex workers do,” she said. “We’re resilient and flexible — we have been for centuries.”