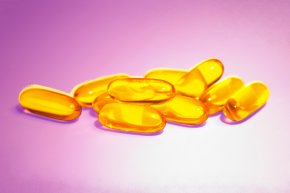 For as long as moms have existed, they’ve been telling us to stock up on Vitamin C to help avoid the common cold and the flu. But a new study published Tuesday in The BMJ offers the best evidence yet that it’s actually Vitamin D that’s the real germ-buster.

Researchers reexamined the results from 25 different randomized trials that studied whether taking Vitamin D supplements could prevent an acute respiratory infection. They found a consistent benefit from it, no matter how much Vitamin D a person had in their system before the study began. But the biggest gains were seen in those who were previously deficient in Vitamin D as well as in people who took supplements on a daily or weekly basis rather than through a huge dose taken once in a while — all with little to no side effects.

“Most people understand that vitamin D is critical for bone and muscle health,” said senior author Dr. Carlos Camargo of the Massachusetts General Hospital in a statement. “Our analysis has also found that it helps the body fight acute respiratory infection, which is responsible for millions of deaths globally each year.”

The review isn’t the first to suggest Vitamin D fights off the cold. But getting to the heart of the matter hasn’t been easy; other reviews have come to the exact opposite conclusion. The problem, according to Carmargo and his team, is that many used a simpler, but less accurate way to study the bunched together data they collected. In the current review, the team instead used a type of analysis that meticulously pulls out and studies the original data from each individual participant in a study. While that method takes more time and money to get done, it’s widely considered the gold standard of scientific review.

Taken as a whole, regular Vitamin D supplementation amounted to a 12 percent lower chance of getting the sniffles. But for those who had especially low levels of Vitamin D, supplements lowered the risk by half. The review also found that people who only occasionally took an extra large dose of Vitamin D got no cold-fighting benefit, possibly explaining why earlier studies seemed to debunk the Vitamin D connection.

Carmargo and his team believe there should be an even stronger public health push to introduce as much Vitamin D to the public as possible, such as by fortifying more foods. Right now, the Food and Drug Administration does not mandate the fortification of any foods with Vitamin D, but many milk, flour and cereal products do contain a dose.