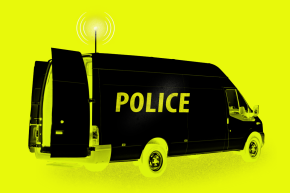 A bipartisan bill aims for the U.S. to finally have clear rules on how police can use controversial “stingrays” — devices that can track the locations, in bulk, of cell phones that are nearby.

Stingrays are often called “cell-site simulators,” as they mimic a cellphone tower. Commercial smartphones connect to the nearest tower, so people near a deployed stingray usually have no idea their phone’s location is recorded by police.

The very existence of stingrays has been covered in the press for years, but officially, law enforcement have gone to great lengths to minimize their mention. Local police departments around the country have even signed confidentiality agreements with the FBI about their use, leading to multiple instances in which prosecutors will accept a light plea deal with a suspect rather than bring up evidence collected by stingrays in court.

Currently, there’s no federal law regulating police use of stingrays. While the devices’ operation are often regulated by state law or law enforcement guidelines, there are instances, like the San Bernardino, Calif. Sheriff’s Department, where police use them regularly and without a warrant.

The new bill, called the Geolocation Privacy and Surveillance (GPS) Act, would attempt to standardize stingray use by always requiring a warrant for police to use one and to create criminal penalties for misuse. It would also keep for-profit companies that obtain customers’ location data from sharing that information without that customer’s consent.

The bill was introduced Wednesday by Senator Ron Wyden (D-Oreg.) and Rep. John Conyers (D-Mich.), longtime privacy advocates in Congress, as well as by Rep. Jason Chaffetz (R-Utah), head of the House Oversight Committee, which previously compelled the Government Accountability Office to produce an unprecedented report on stingrays purchased by federal government agencies. It resembles a previous bill Chaffetz introduced in 2015 that never went before a House vote.

Multiple privacy groups, including the American Civil Liberties Union, Access Now, and the Electronic Frontier Foundation, have praised the bill.

“In today’s world, most Americans use cell phones or other electronic devices that are capable of tracking their every move, including visits to a mosque, doctor’s office, domestic violence shelter, or political rally,” Neema Singh Guliani, legislative counsel at the American Civil Liberties Union, said in a statement. “This information that the government should not be able to get without a warrant — yet law enforcement routinely fails to meet this standard.”