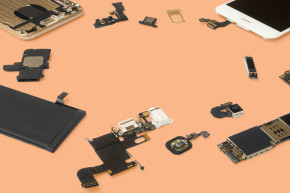 Nebraska has introduced a bill to make it easier for people to fix their broken electronics at home, but tech companies such as Apple and AT&T are ready to fight the “Right to Repair.”

Apple and AT&T are reportedly planning to fight legislation over concerns that people repairing their own phones could lead to lithium batteries catching fire, according to an anonymous Motherboard source.

The concept of the “right to repair” electronics would force manufacturers such as Apple to sell official replacement parts directly to both third-party stores and consumers in order for them to make proper repairs without having to take a device to a flagship store. To date, many tech companies have made their repair parts hard to obtain and their diagnostic systems private as a way to maintain aftermarket monopolies. Apple customers today end up voiding their warranty when they turn to outside repair shops.

Other states that have introduced similar legislation include New York, Massachusetts, Kansas, and Minnesota. Illinois and Tennessee have also introduced similar bills last week. The bills also include the right to repair Internet-connected gadgets, cameras, home appliances, and mostly anything else with software.

Nebraska is currently the only state that has scheduled a hearing for the bill. Apple is expected to send a representative, staffer or lobbyist to testify against the bill in Lincoln on March 9, according to Motherboard. AT&T is reportedly also expected to testify. Apple did not immediately respond to Vocativ for comment.

This is not the first time that Apple has fought the “right to repair.” Last year, lobbyist groups backed up by Apple managed to kill the bill. However, legislation in New York is now on its third attempted at being passed. The repair industry organization, Repair.org, is lobbying for these laws.

If any of these bills were to get passed, the right to repair would not only be great news for consumers but also for third-party repair shop owners who illegitimately fix these devices (and are behind Repair.org, which is lobbying for this legislation). Shop owners usually acquire salvaged parts form recycled electronics on the Chinese grey market. Such legislation could also be a major environmental win. As the New York bill states, it would cutback on “electronic waste created by the inability to affordably repair broken electronics.”