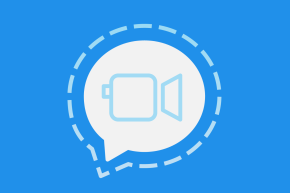 Signal, the encrypted messaging app endorsed by Edward Snowden and adopted by everyone from street protesters to presidential campaign staffers, has a new trick up its sleeve: video calling.

Signal’s developers introduced the feature in an update rolled out Tuesday, allowing the app’s users to initiate end-to-end encrypted video calls similar to Apple’s FaceTime. But unlike Apple’s offering, which only allows calls with other Apple devices, Signal’s video calling connects any device with the app installed, regardless of operating system. Signal has long been universally praised by experts in the computer security field, and its developers make all of its code available online, allowing anyone to independently verify its security.

For now, Signal’s video calling feature is in beta, which means both participants will need to manually enable it in the app’s “Advanced” settings menu. In Vocativ’s initial testing, calling over a steady Wi-Fi connection initiated almost immediately, and the video itself had no major hiccups. Over a mobile data connection, quality dipped and became somewhat choppy while on the move, but wasn’t substantially different from that of other video calling apps, like Skype.

In a blog post, Signal’s pseudonymous lead designer Moxie Marlinspike explains that the new video feature also integrates with regular calling on Apple devices through that a new framework called CallKit. That means that Signal users will be able to answer Signal calls with one touch, and they will appear on the device’s Recent Calls just like regular calls.

But that also comes with a slight privacy drawback. Because the Recent Calls list is backed up to iCloud by default, users who have enabled iCloud storage will be transmitting their calling records (including the participants, time, and duration of each call) to Apple.

If that raises concerns, users can easily opt-out by disabling the CallKit feature in Signal’s advanced settings — or by simply disabling iCloud altogether.