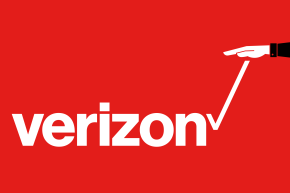 Unlimited Data Is Back At Verizon, But Of Course With Caveats
By Alejandro Alba

Unlimited Data Is Back At Verizon, But Of Course With Caveats

If you use too much data, your connection might slow

Wireless carriers are constantly trying to steal customers from each other, and Verizon’s latest attempt at growing its customer base includes a throwback to an old and much-loved idea: unlimited data plans.

Verizon’s new unlimited data plan will let customers text, talk, stream, and surf the web as much as they want for $80 a month for the first line. A second line will cost $70, but if four lines are added then they only cost $45 each.

Compared to other unlimited plans with T-Mobile, Sprint, and AT&T, Verizon is still the most expensive. Sprint’s is the cheapest with a $50 a month unlimited data plan for a single line ($90 for five lines), but the price goes up after a year. Verizon promises to maintain its prices.

The only catch with Verizon’s plan is that although it’s advertised as “unlimited,” it comes with a cap. Customers who surpass 22GB for the month will witness speed bumps in their connection during busy times to prevent network congestion. However, Verizon is not the only company who caps their unlimited plans. T-Mobile caps consumers who use more than 26GB a month, Sprint has its threshold at 23GB and AT&T starts throttling data at 22GB.

New plans are available to both new and old customers, which is great for grandfathered customers who’ve wanted an unlimited plan since it was first removed in 2011. Last month, Verizon told grandfathered customers who were averaging 200GB of data over several months that they had until Feb. 16 to either change carriers or move into a tiered plan. With the new plan it’ll be easier for them to make a decision and keep their “unlimited” data.