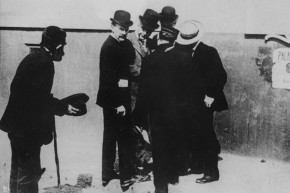 Epidemiologists in leading journal feel the Bern, blame governments for not doing enough

With the sort of passion found in a Bernie Sanders speech, a pair of prominent researchers have taken to the pages of a leading health journal to denounce financial inequality as an grave injustice and public health threat — one that governments around the world, especially the U.S., have done little to combat.

In an editorial for the BMJ released Wednesday, UK social epidemiologists Kate Pickett and Richard G. Wilkinson finger inequality as a key driver of many health problems. Marshaling various bits of evidence, they point out that the more unequal a society is, the more likely its citizens are to face violence, depression, addiction, and even obesity. In the U.S. and UK, they turn to research showing that the lifespan gap between the richest and poorest is on average five to 10 years apart, and in some places, it’s high as 15 to 20 years. And despite victories in driving down inequality between countries, the overall global picture has gotten only grimmer since the 1980s, with few signs of progress on the horizon.

“Our collective failure to reverse inequality is at the heart of a global malaise,” the pair wrote.

It’s not the first time Pickett and Wilkinson have stepped out of the lab to argue against inequality. In 2009, the two published The Spirit Level: Why Greater Equality Makes Societies Stronger, which references much of the same research seen in the editorial and includes their original work showing the link between nations’ level of income equality and their level of health and social problems. Though the book was criticized by right-leaning academics upon its release, an independent review in 2011 by the Joseph Rowntree Foundation, a UK-based social policy and research organization, found the book’s main arguments were largely on the money.

Since then, of course, the issue of inequality has only gotten more political and academic attention. That includes everything from Sanders’ rallying cries against the 1 percent to economist Thomas Piketty’s 2013 release of Capital in the Twenty-First Century, a book that argued inequality was essentially an built-in feature of capitalism and that it could only be deterred by explicit governmental policies.

But little has been done to address inequality, and policies over the last thirty years have only helped increase the gap, the pair argue in the editorial.

This “immorality of inaction,” Pickett and Wilkinson go on to note, could help explain “why public opinion has swung so strongly away from the established political parties.” Indeed, even as older people detest the mere idea of socialism, a 2016 YouGov survey found that people under 30 viewed it more favorable than capitalism.

Seeing as both parties in the U.S. are eager to ignore that trend (with Democratic leader Nancy Pelosi recently telling a college student during a town hall meeting that the party was unabashedly “capitalist and that’s just the way it is”), it seems likely that any push to address inequality will have to “depend on the development of powerful grassroots movements,” the two wrote.

“During the last generation, economic growth ceased to improve health, happiness, and the quality of life in rich countries,” they added. “Now, more than ever, we need an inspiring vision of a future capable of creating more equal societies that increase sustainable wellbeing for all of us and for the planet.”

Bernie would be proud.