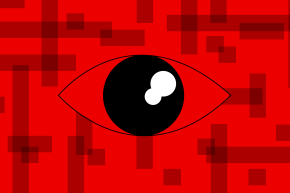 How do you stay connected and searchable online, but keep control of your privacy at the same time? That’s the concept Note To Self is trying to tackle with its five-episode experiment “Privacy Paradox.”

Note To Self, a “tech show about being human” hosted by Manoush Zomorodi that’s produced by WNYC Studios, launched a new project this week that explores the idea of maintaining a digital identity while setting boundaries on information that’s shared with friends, family, retailers, and the government.

To produce this podcast, Note To Self surveyed 2,000 of its listeners to see what they wanted to learn about the digital world. While some people were not concerned or aware about privacy issues, others had been victims of online ad targeting or identity theft. Zomorodi shared a story about a woman who thought she was developing a drinking problem so she started looking for help online, but when she logged into Facebook the first ad was of a local liquor store. Another story involved a man getting his social security number stolen.

“What we tried to do over the week is take people from the more technical side like meta data and encryption to the more psychological side of tech,” Zomorodi told Vocativ.

Some of the experts and thinkers that were guests include creator of the web Sir Tim Berners-Lee, cryptographer Bruce Schneier, and ProPublica journalist Julia Angwin. Listeners were also prompted to take a quiz — inspired by sociologist Alan Westin — at the beginning of the week and again at the end. The quiz gives insight on three different “privacy personalities”: shrugger, realist, or believer.

Realists think about privacy, but often choose convenience over any hardline principle. Shruggers are sort of early adopters and feel overwhelmed — Zomorodi hopes they turn into realists once they listen to the podcast. And believers think they need to protect their privacy base on principle. Note To Self plans to release results of its experiment on February 15.

Listeners have told her that, because of Trump’s election, they are concerned their online information will be held against them based on their race, beliefs, or sexual identity. Zomorodi believes that’s why it’s important to use apps with encryption messaging. Not because people are doing anything suspicious, but simply because they have the right to their privacy.