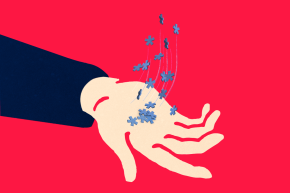 But at a Congressional hearing on Tuesday, Department of Homeland Security chief John Kelly said he is considering expanding these invasive practices even further. In response to questions about increased scrutiny of visa applicants, Kelly proposed forcing all non-U.S. citizens to surrender their web browsing history, devices, and social media passwords before entering the country.

“If someone wants to come into our country, we want to say, for instance, what websites do you visit? Give us your passwords,” Kelly said while testifying before the House of Representatives on Tuesday.

“If they truly want to come to America, they’ll cooperate,” he said. “If not, next in line.”

Kelly’s proposal would dramatically expand the practice of discriminatory digital searches, which traces back to post-9/11 policies of the George W. Bush era. The Obama administration further laid the groundwork for such an expansion last year, when it began asking foreign visitors to provide information about their social media accounts on customs forms. At the time, officials said that providing the information is optional, and that it would only enable agents to see public posts. But human rights groups protested that it would give Customs and Border Patrol (CBP) agents more coercive power over people entering the country, including lawful residents and U.S. citizens.

That warning proved prescient amid the chaos of Trump’s executive order on immigration, which banned visitors and lawful residents originating from seven predominantly-Muslim countries. As Vocativ previously reported, many of those marooned at airports across the country were coerced by CBP agents into unlocking their devices and sharing passwords and social media credentials after the ban went into effect.

“I fear that Americans are next in terms of directly asking for log-in information for online accounts.”

That fear is already a reality for many Muslim-American citizens who have crossed the border since the election of Trump, who campaigned on an explicitly racist, Islamophobic, and anti-immigrant platform. A series of lawsuits filed last month by the Council on American-Islamic Relations records at least 10 instances where U.S. citizens were detained at borders and airports, interrogated about their religious practices and national pride, and asked to provide information about their online activities and social media accounts.