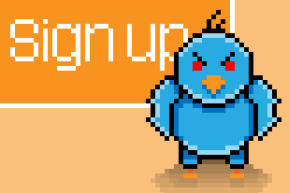 Twitter in the past has been infamous for not doing a good job when dealing with online harassment and reports of abusive behavior, but CEO Jack Dorsey has now made it the company’s priority to crack down on online trolls by applying stricter anti-harassment tools. In its latest attempt Tuesday, the social network introduced three new changes that are supposed to improve safety within the site and give users more control over what content they see.

Twitter will start by taking steps to help identify and stop people who’ve been permanently suspended but are trying to make other accounts with different names to continue harassment. This seems promising, but Twitter did not make it clear in its blog as to how it’ll implement this change and what measures it’ll take to identify these serial harassers.

Algorithms in timelines will also start identifying and collapsing potentially abusive tweets or any material that can be considered as a “low-quality” reply. Those tweets will still be accessible to anyone who seeks them out, but they won’t immediately show.

“Making Twitter a safer place is our primary focus. We stand for freedom of expression and people being able to see all sides of any topic,” Ed Ho, vice president of Engineering, said in a blog post. “That’s put in jeopardy when abuse and harassment stifle and silence those voices. We won’t tolerate it and we’re launching new efforts to stop it.”

All these changes are expected to roll out in coming weeks. These new changes come a week after Twitter introduced the ability to report abusive tweets that mention a user, even if the sender already blocked them. In the past, trolls were able to harass someone and immediately block them so they couldn’t get reported.

Twitter has been around for 10 years and only recently started making big changes to help combat online abuse. Although it’ll be hard to win back users’ trust, the company is making these changes at a very crucial time given the intense political climate in the U.S. under the Trump administration.