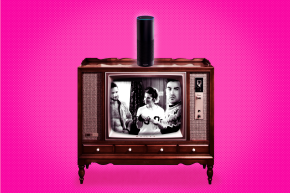 Be Careful Watching These TV Shows If You Have Amazon Echo

Incoherent conversations between your smart speaker and TV gets annoying

When watching TV, the last thing you want is for someone to interrupt. But devices such as the Google Home and Amazon Echo don’t care about your sensitivities and will disturb if they hear their names mentioned on-screen, whether in a commercial at the Super Bowl or even while watching your favorite TV show.

On Super Bowl weekend, a whole bunch of Google Homes were activated by the company’s latest commercial, which features actors repeatedly saying “OK Google” and following up with commands like “do babies dream,” “flip the hallway lights on,” “turn up the music” and “how do you say nice to meet you in Spanish.”

Google Home commercial kept setting mine off! They need to chill it with the "okay Google"-ing.

That @Google home trailer made my google home have a meltdown.

Many people were reporting online that their smart speakers were trying to complete the commercial commands in real life. Some were successful, others had technical difficulties trying to find the “hallway lights.” But this is not the first time something like this has happened, and it’s definitely not going to be the last instance.

Amazon Echo is great, until you have a character in a TV show called Alexa.

I hate when my tv says something that sounds like "Alexa" and randomly activates my Echo Dot, scaring the crap outta me

Amazon, aware that random activations are an issue, has already altered its TV commercials to reduce the chance of setting off Alexa in someone’s home. But the Echo, which uses the AI voice assistant Alexa, has an infamous history when it comes to activating in response to TV shows that feature characters named Alexa or any other variation of the name — Alexander, Alexis and Alex. Shows like “Dynasty,” “Schitt’s Creek” and “Castle” all have main characters named Alexis, which immediately triggers the Echo when their name is mentioned, which is very often. It then gets annoying when Alexa attempts to complete every request that is shouted on TV (As I found out when watching “Schitt’s Creek,” Alexa tried to give me a history lesson on her family tree.)

The easiest way to handle this issue is by simply turning off your smart hub or hitting the mute microphone button (located on the top of the speaker). However, the problem with this solution is that you might forget to turn it back on. You can also be mindful of where you place your Echo or Google Home. The further away from the TV, the less likely it’ll respond to it.

The other option is changing the hub’s wake word, which is a feature only available on the Echo. In its settings, Amazon currently allows Echo owners to change the wake word from “Alexa” to “Amazon,” “Echo,” or “Computer.” Amazon and Echo seem to be the best options, since they’re not common words that are mentioned often in TV programming. (If you chose “computer,” you’ll also want to avoid watching “Star Trek” or countless other shows).

Google unfortunately only allows Home owners to change its wake word from “OK Google” to “Hey Google,” but hopefully in the future they’ll let consumers change the command to anything they’d like — maybe to something extremely complicated and uncommon like “supercalifragilisticexpialidocious.”