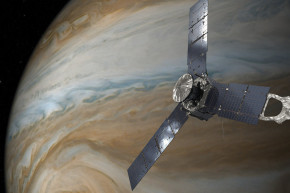 Juno Has A Fourth Close Encounter With Jupiter
By Jeff Donlan

Juno Has A Fourth Close Encounter With Jupiter 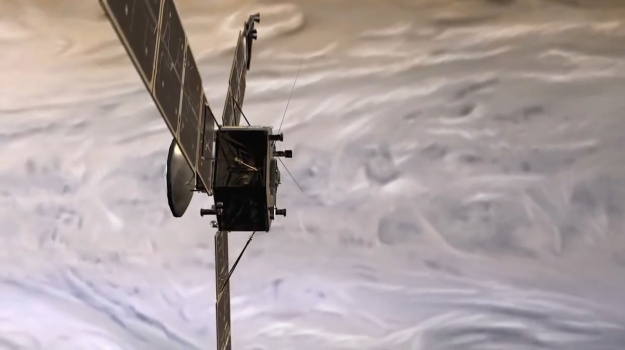 NASA’s Juno spacecraft just completed its fourth close flyby of Jupiter. It flew about 2,700 miles above the gas giant; it only gets this close once every 53 days. The spacecraft zoomed above the planet’s clouds at a speed of 129,000 mph.

Juno began orbiting Jupiter in July of 2016.  Its instruments have been collecting data on the planet’s structure, atmosphere, and magnetosphere. Juno will end its mission in February 2018, when it will plunge into Jupiter’s atmosphere.