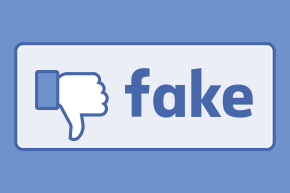 Ahead Of France’s Elections, Facebook Tries To Stop Fake News
By Alejandro Alba

Ahead Of France’s Elections, Facebook Tries To Stop Fake News

With a new filter, it's working with French media companies to fact check stories

Even though Facebook CEO Mark Zuckerberg initially denied that “fake news” on the social platform had an influence on the U.S. election, since then, the company has reversed course and taken a number of steps to improve fact checking on the site. In France, Facebook is now working to stop the upcoming election from being swayed by “alternative facts.” The social network released a new news filter Monday that will help stop patently false or hoax stories from being so easily spread in the country.

Facebook will work with eight major French media companies to fact check and filter news articles that have been reported. The filter will be similar to the one Facebook launched in the U.S. in December and another one in Germany last month. It will work by sending reported articles to the media companies through a portal, and if at least two say it’s false — and provide links to support their claim — the post will be flagged and readers will see a warning in their News Feed.

The French media companies that are involved with the campaign include Le Monde, Agence France-Presse (AFP), BFM-TV, Franceinfo, France Médias Monde, L’Express, Libération, and 20 Minutes. Some of these companies have already been making their own attempt at stopping fake news ahead of the presidential elections, which take place in April and May. For example, Le Monde and Libération have been creating a database that compiles a list of unreliable websites.

Facebook, for its part, has been criticized for helping spread fake news. Mark Zuckerberg has since tried implementing new algorithms, hiring people, and creating a journalism project to help stop spreading hoaxes or any other stories from unreliable websites. The company is unlikely to dismiss the problem in the future.  In its 10K filing on Friday, the company acknowledged that the distribution of false content is a business risk that could hurt its credibility and revenue.