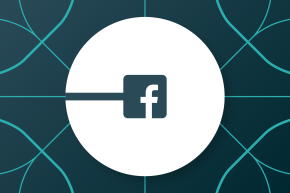 Will this make rides less awkward or creepier?

Sometimes (most times, really), when you’re catching an UberPool, all you want to do is get to your destination as fast as possible without any small talk. Yet, Uber is thinking of disrupting your quiet commutes with a new system that’ll encourage passengers to bond with each other over common interests.

A recent patent discovered by Business Insider illustrates a new potential app feature that shows passengers small factoids about fellow passengers. The “Social Media Integration For Transport Arrangement Service” will collect data from a passenger’s Facebook account and share it with others catching the same UberPool.

If this feature were introduced, Uber could let you know if you and other passengers have mutual friends, went to the same college, lived in the same city, worked at the same company, or have the same hobbies. Passengers would also be able to request rides with only people who share common links. For example, if they both like watching a specific movie genre.

It seems Uber wants to make carpooling less awkward with this patent, but given Uber’s history with riders and claims that tracking the location and ride history of individual Uber users is broadly available to employees of the company, this will probably not be welcomed at all. People already think that both Uber and Facebook ask for too much information. However, since this is just a patent, there’s no telling if users would be able to opt-out of the feature if it were introduced. Currently, users are not required to link their Facebook and Uber accounts to use the ride-hailing app, though they may choose to.

The idea of Uber using riders’ personal data to encourage conversation might be considered a bit creepy, but there is a feature outlined in the patent that would beneficial for event planning. Uber proposes an option to embed an “Uber there” button to event invitations, which means that you can add an Uber button on a Facebook event page and all those attending can seamlessly take the same UberPool if they live nearby.

Uber’s patent has not been granted yet, which means it might not actually become an actual feature. But it goes to show that the company is constantly thinking of new ways to enhance its car service and continue to mine data from users while doing so.