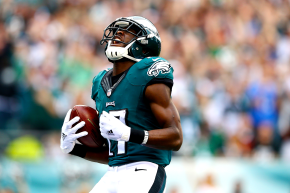 Which NFL Team Inspires The Most (Not Very Secure) Passwords?
By Alejandro Alba

Which NFL Team Inspires The Most (Not Very Secure) Passwords?

When it comes to Patriots vs. Falcons, Tom Brady fans win

The New England Patriots and Atlanta Falcons will face off this weekend at the Super Bowl LI, and while fans don’t know who’ll be victorious, we do know which club has inspired the most fans to — inadvisedly — use their favorite team name as their password.

Siber Systems combed through 10 million passwords released by an IT security analyst who got them via several data dumps. They determined which NFL teams have inspired the most account passwords online. Once all appearances were analyzed, the 32 teams were ranked in a chart.

Other teams that returned the most hits (ranks #6 – 10) were the Bears, Packers, Dolphins, Redskins and the Broncos. The NFL teams to have the least passwords included the Bengals, Seahawks, Jaguars, Cardinals and the Texas — which came in last.

Showing passion for your favorite football team by using their name as your password is great, but definitely not secure. Passwords that use common words like the “Eagles” and “Patriots” are usually easy to crack and often end up in data leaks collected by hackers.

Displaying your affection for Tom Brady is best wearing his Jersey, but when it comes to password your best bet is a combination of upper and lower case letters, number and symbols. You’ll also want to increase your accounts security by adding two-factor authentication or use a security key to log into accounts such as Gmail and Facebook.