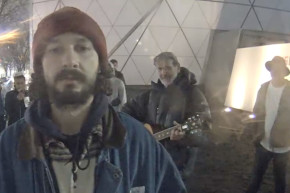 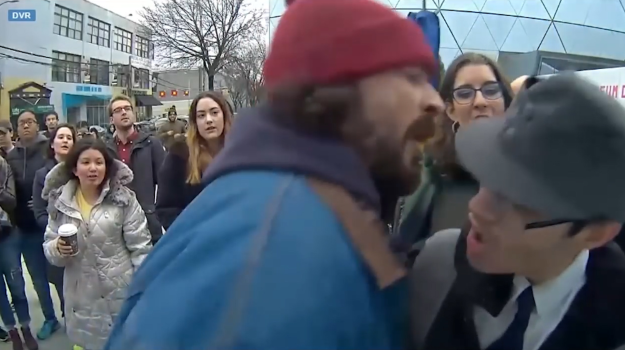 Shia LaBeouf was arrested on Wednesday night during his live stream. The actor shoved another man for saying “Hitler did nothing wrong.” LaBeouf was arrested and charged with assault. The stream started on January 20th in Queens, New York. People have been flocking to the camera to repeat “He Will Not Divide Us,” in protest of President Trump. After LaBeouf’s arrest, #FreeShia started trending on Twitter. He was charged with a misdemeanor, but was back on the live stream only hours after his arrest.