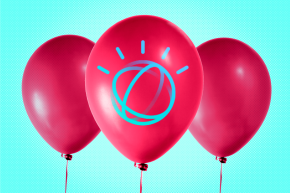 Now You Can Attend A Rave Planned By Artificial Intelligence

Organizing a party takes time, patience and a lot of creativity. It’s the job for a very specific type of person, but there’s a specific robot that can try to do some of the heavy lifting — that’s supercomputer Watson.

IBM teamed up with Daybreaker, a morning dance party organization, to create what it termed a “cognitive dance party.”

“In many ways, we started Daybreaker out of frustration that no one was dancing at nightclubs anymore and connecting authentically because everyone was on their cell phones and digitally divided,” Radha Agrawal, CEO of Daybreaker, told Vocativ. “This is the first time I’ve seen technology enhance a dance party experience instead of take away from it.”

Daybreaker organizers asked partygoers to supply their Twitter handles — or fill out a short questionnaire — when they registered for the event. Watson then analyzed partygoers’ social media and answers to curate a unique dance party that would please all personality traits.

Watson is most known for defeating two “Jeopardy!” champions in 2011. The supercomputer is capable of sourcing over 200 million pages of information and accessing 90 servers to answer any question faster than the highest-functioning human being. Since it’s trivia win, Watson has been used in hospitals, classrooms, and retailers.

Watson split up all attendees into three groups based on their strongest personality trait and assigned them a color to incorporate into their outfit: yellow for the expressive, purple for the conscientious and red for the outgoing. Based on their colors, attendees also received a unique workout and a color-coded breakfast recipe. Those wearing purple did yoga, people in red did capoeira, and the yellow crew engaged in a high-intensity interval training.

Along with dictating everyone’s outfit, breakfast and pre-dance workout, Watson was also in charge of controlling the dance floor lights and making a color-shifting LED sun rise inside the venue.

“We had a giant dance floor with 500 people in it that would change colors based on people’s energy and taste,” Agrawal said. “This shows that we’re all different, but we can be together—especially in the face of all this divisiveness.”

Daybreaker’s experiment with Watson might seem like a one-time gimmick, but Agrawal said the event received so much positive feedback that they’re going to continue doing it.

“Our plan is to take this concept and tour across the nation,” Agrawal said. “We are on the forefront of this technology-meets-offline experience where AI can be used for event planning and can also be used at the opening of the Olympics, the Oscars and festivals.”