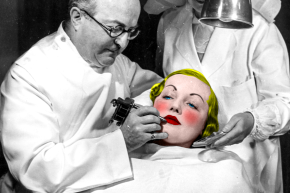 What Patients Look For In A Doctor, According To Yelp
By Ed Cara

What Patients Look For In A Doctor, According To Yelp

Study of 200 reviews shows that bedside manner matters most

The power of a Yelp review to sway hearts is no joke, especially negative ones, which is why businesses have even gone so far as to (unsuccessfully) sue customers who gave them a 1-star review. With that in mind, plastic surgeons and other doctors might do well to pore over a new study of Yelp reviews published Thursday in JAMA Facial Plastic Surgery.

The researchers, plastic surgeons themselves, looked at a selection of 200 reviews posted across five major cities, both 1- and 5-star, to see what made patients love or hate their doctors. Around a quarter of all comments, whether as part of a negative or positive review, focused on a doctor’s bedside manner, making it the most common reason over how they felt about their actual surgery results. Haters disliked doctors who seemingly didn’t care, while others praised their doctors for keeping them calm during a procedure.

Though certainly a limited sample size, the researchers think their findings are especially relevant considering the widespread growing use of Yelp and other review sites by patients.

“The internet has increased word-of-mouth communication so that the reputation of potentially every medical practice is on display for anyone to see,” the authors wrote.

Other popular reasons for the patients’ reviews included how much knowledge their surgeons seemed to have, with 5-star reviews especially being wowed by them; 22 percent of comments in these reviews focused on that. On the flip-side, negative reviews next most focused on their doc’s perceived lack of honesty or otherwise feeling harassed into having more surgeries; 22 percent of comments in these reviews mentioned that theme.

“This reminds us to remain ethical and not pressure patients into procedures they are not looking for,” wrote the authors.

Also big on the no-no list? Rude office staff, hefty fees, or lengthy wait times. Meanwhile, the best reviews came from patients who felt their doctors were both amiable and good at their job.

While calling for more research on online reviews, either by comparing different review sites or looking at less urban parts of the country, the authors hope their study can offer a few pointers to their fellow physicians on how “to minimize unhappy patients who use the internet to vent their frustrations”