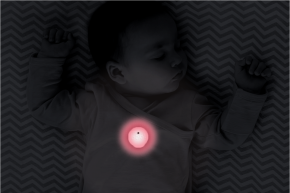 Pediatricians warn against being dazzled by nifty, but unproven features

The smart technology found in our phones and other wearables may be great at finding us a nearby Thai restaurant, but not so much at accurately keeping watch over our infant children, say a group of pediatricians in this month’s Journal of the American Medical Association (JAMA).

Their editorial, published online Tuesday, argues that the recent trend of baby monitors that come with newfangled bells and whistles — smartphone integration, sensors built into baby clothing, and an advertised ability to detect complex measurements like a baby’s blood oxygen level — may sound impressive, but they actually provide little practical benefit. In many cases, they cause parents unneeded stress. And at worst, they may be falsely marketing their potential to prevent cases of sudden infant death syndrome (SIDS), the leading cause of death among infants less than a year old.

According to the authors, there are a few major problems with these smart baby monitors.

For one, there’s no scientific evidence that keeping tabs on a healthy baby’s vital signs through these health apps is useful in the first place. They can be notoriously inaccurate at detecting hypertension and other chronic health problems. And even famous wearables like the FitBit have gotten in legal hot water lately, with several class action lawsuits filed against the company last year by users who claim their watches couldn’t accurately track their heart rates or sleep patterns.

More Health Apps May Not Warn Users Of Serious Conditions

Secondly, even with 100 percent accuracy, they could still lead to false alarms. As one example, the authors point out that a perfectly fine baby’s blood oxygen level occasionally drops to levels below 80 percent of normal, without anything being wrong with them. If a smart baby monitor detected that drop though, that could lead to parents unnecessarily rushing their children to the hospital or otherwise drive them even crazier with worry.

You might think products like the Smart Sock monitor by Owlet Baby Care would be regulated by agencies like the Food and Drug Administration, but manufacturers have sidestepped this hurdle by saying their devices aren’t intended to diagnose, treat, or prevent disease. That hasn’t stopped companies from slyly implying they can in their direct advertisements to parents, however. And that side-shuffle has also allowed them to avoid proving their devices even work as intended.

While smart baby monitors shouldn’t be thrown out with the bathwater, particularly for children with chronic breathing problems, they need a lot more vetting and regulation before parents should give them a try, the authors concluded.

And maybe the times are changing sooner than expected — Owlet Baby Care announced earlier this week that they intend to seek FDA approval for a medical version of their Smart Sock.