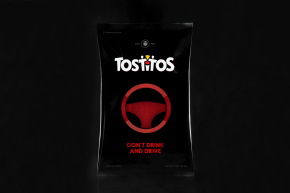 This Grocery Drives Itself To Your Door
By Ruby Nitzberg
Football

Fans Will Watch A Super Bowl LI Shaped By Tech

Sensors, 360-degree cameras, and augmented reality are changing how people experience Super Bowl Sunday — right down to the chips

The Super Bowl LI is right around the corner, and tech companies are lining up to be associated with the February 5 event. From sensors embedded in the players clothing to 360-degree cameras all over the field, technology will also provide viewers with a new experience of the game.

Fox Sports teamed up with Intel to enhance game night by providing 360-degree video from “inside the helmet of any player on the field.” This experience is being called “Be The Player,” and it’s created by an array of 38 Ultra HD cameras placed all around the field, which capture a 360-degree view of action. Video editors can then virtually replicate gameplay from any player’s perspective. So there’s no actual camera’s inside the players’ helmets.

Aside from using 360-degree technology, Fox Sports will also increase the quality of viewing the game with 4K and 8K cameras and augmented reality to overlay graphics in real time — all things only fans watching at home will be able to enjoy.

Zebra Sports, a company with player-tracking technology, will be at the big game producing creative graphics of real-time stats, which it gathers with wireless sensors on the players’ shoulder pads. Those sensors are capable of tracking location, speed, acceleration and distance traveled. Companies like Microsoft, Google and Reebok have also created technology that is used by coaches in order to help players perform better.

Tech companies are also clearly there to market their products to consumers. One of the most out-there promotions thus far is a Tostitos limited-edition “Party Safe” bag, which apparently can tell when a fan has been drinking and call an Uber for them. The chip bag is not entirely an accurate Breathalyzer; it’s just equipped with sensors that can detect very small amounts of alcohol in a person’s breath. Therefore, the bag is more of a gimmick to make people aware of the dangers of drinking and driving and be safe. A red steering wheel with the message “Don’t Drink And Drive” will appear on the bag every time it detects alcohol. It will then offer $10 off an Uber ride if users tap their phone against the bag.

Tech companies are also going to have a big showing in TV spots for the game. Wix is back this year with another commercial this time featuring Wonder Woman Gal Gadot and action movie super star Jason Statham. More tech companies will definitely release ads in the coming week, but some of the companies that spent an average of $4.8 million in 30 second TV spots last year included T-Mobile, Amazon, Pay Pal and Wix’s competitor Squarespace.